Concept: Types of Crops and Tools of Agriculture

What is a crop? 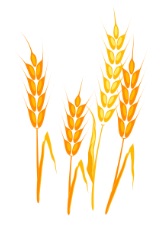 Crops can be categorised into two main groups per their usage—food crops and cash crops.

These crops are grown to feed the human population.

Cash crops are those that are grown for the purpose of sale and earning profit.
Examples:Mustard, cotton, jute, tea, etc.

Cash crops can be further classified into the following types—

a) Oilseed crops: Oilseed crops are those which are cultivated exclusively for the edible cooking oil they produce.

b) Plantation crops: These crops are grown for commercial purposes on a large plantation that is owned by an individual or a company.

d) Fibre crops: These crops are extensively cultivated for their fibres.

Based on harvesting seasons, crops are categorised into two main groups—

These tools are used in the traditional methods of agriculture, but their use has reduced considerably due to the onset of modern farming techniques.

a) Farmer’s plough: It is drawn by oxen or cows in the fields under the farmer’s supervision to loosen the soil.

b) Spade: A spade has a flattened blade attached to a handle and is used for lifting soil, loose debris, and weeds. These are also dumped at some other place with the spade itself.

c) Shovel: These have angled blades that are curved at the front and are used to dig the soil and loosen it before sowing seeds.

d) Axe: An axe is a hand tool used for cutting, chopping and piercing. It is made with an iron blade having a wooden handle.

e) Hoe: It is made with sharpened and curved blades with long handles. A hoe is used to dig the soil before sowing seeds and to chop weeds.

f) Sickle: It is used by farmers to harvest crops. A sickle is made of a curved and sharpened blade.

These tools are efficient and reduce the workload and time immensely. However, these are more expensive than the traditional tools, and not all farmers can afford them.

Surplus: An excess production or supply.

Beverage: A drink other than water that is fit for consumption.

Threshing: Manual separation of grains from the crops.

Reaping: The process of harvesting crops.

Winnowing: It involves the separation of chaff from the grain. 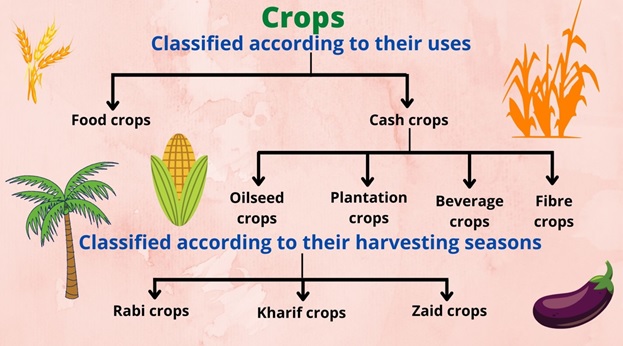 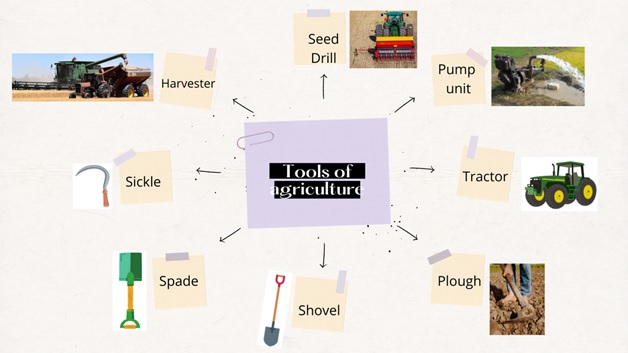