Addition and Subtraction for Class 4 Math

Addition and subtraction are the operations of numbers. Here students will learn about the properties of subtraction.

Addition: The process of combining two or more numbers together is called addition.

Sum: The result obtained by addition is called sum.

Addends: The numbers that are added to get the sum are called the addends.

Step 1: Arrange the numbers in columns according to the place value.

Step 2: Start adding the numbers from the ones place and continue to the left.

Answer: Arrange the addends in columns according to their place value.

Subtraction: The process of finding the difference between the two numbers is called subtraction. The bigger number is subtracted from the smaller number.

Minuend: The bigger number from which the smaller number is subtracted is called minuend.

Subtrahend: The smaller number which is subtracted from the bigger number is called subtrahend.

Difference: The result of subtraction is called difference.

Step 1: Arrange the numbers in columns according to the place value.

Step 2: Start subtracting the number from the ones place and continue to the left.

Step 3: If the minuend is smaller than the subtrahend, then borrow 1 from the digits in the left column.

Answer: Arrange the numbers in columns according to their place value. Write the minuend first and then the subtrahend below it.

The place value of the digits is not considered in the calculations. 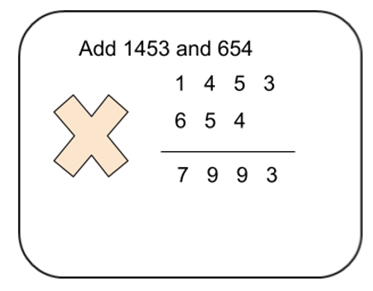 The correct arrangement is: 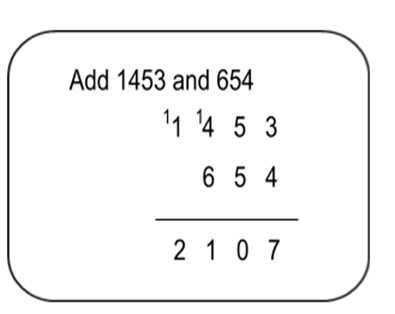 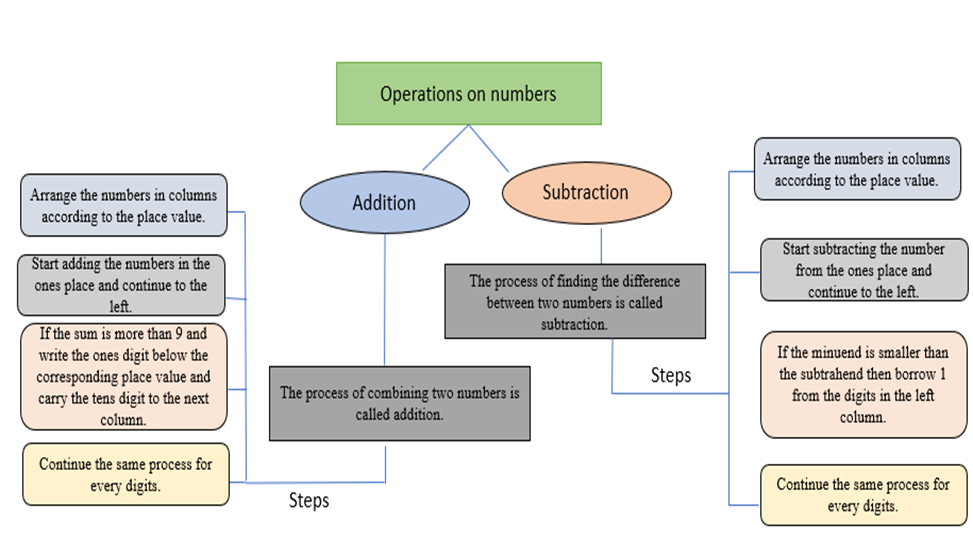