Comparing numbers is the process to identify if a number is greater or lesser or equal to another number.

Following are the symbols used for comparing numbers:

Step 1: Count the number of digits.

Step 3: If the number of digits is the same, start comparing the digits from the extreme left till you get the unequal digits.

Step 1: the numbers have 5 digits. On comparing the digits from the extreme left it is observed that the first unequal digit is at hundreds place.

Ordering numbers means arranging the numbers in a specific order.

Ascending order means arranging the given numbers from smaller to bigger. 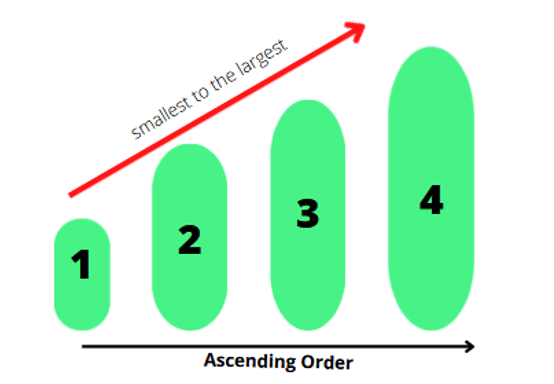 Descending order means arranging the given numbers from bigger to smaller. 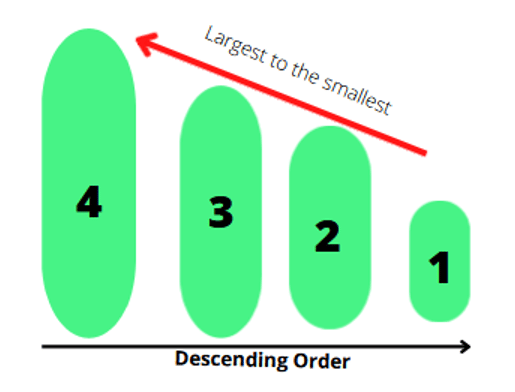 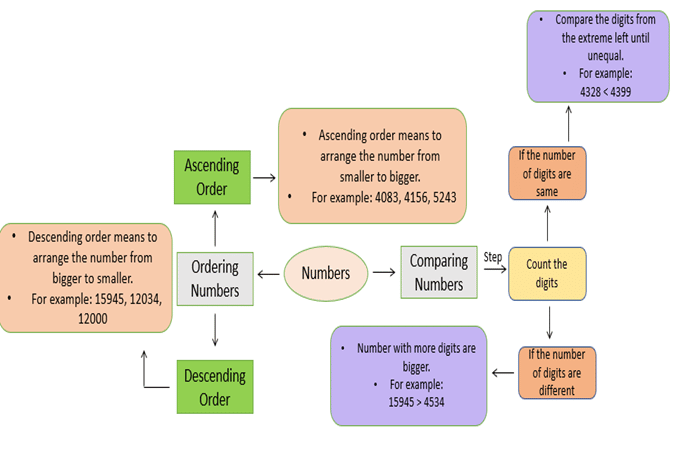