Observe the picture of the peacock. 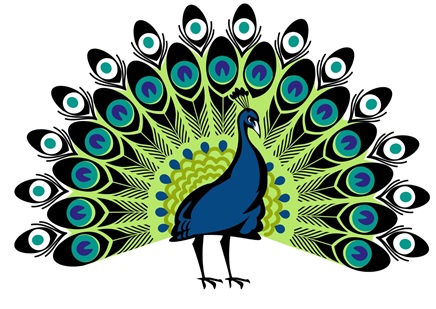 We can observe different types of patterns in our daily life like in colours and shapes that repeat themselves in definite intervals.

In mathematics, patterns are defined as the set of elements that are arranged in a repeated manner or sequence. Below are some pictures of patterns. 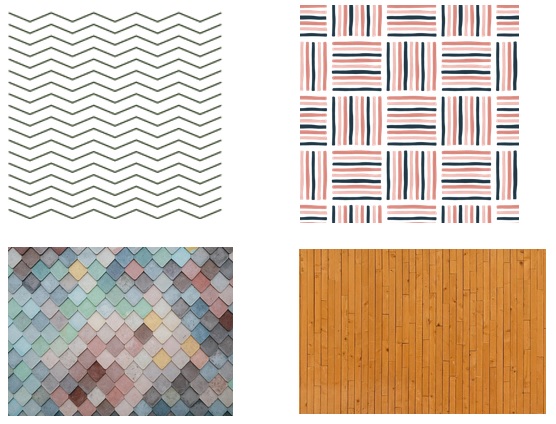 There are mainly three types of patterns:

Letter patterns involve the sequence in a series of English alphabets. It generally shows the relation between letters.

The above pattern shows that the consecutive letters of English alphabets are missing.

Number patterns involve the particular sequence in a series of numbers. It generally shows the relation between all the numbers.

There can be different types of number patterns.

Increasing Patterns involve the series in which numbers are arranged by adding or multiplying.

The pattern shows that the numbers are arranged in the multiples of 3.

Decreasing Patterns involves the series in which numbers are arranged by subtracting or dividing.

The pattern shows that the numbers are arranged by subtracting 2.

Shape/Object Patterns: It involves a group of shapes/objects that are repeated in sequence. The shapes can be geometrical shapes such as square, rectangle, circle, etc. or other objects such as flowers, moon, stars, etc. 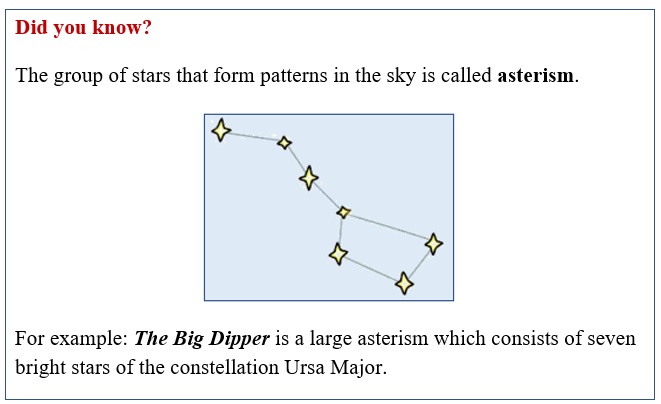 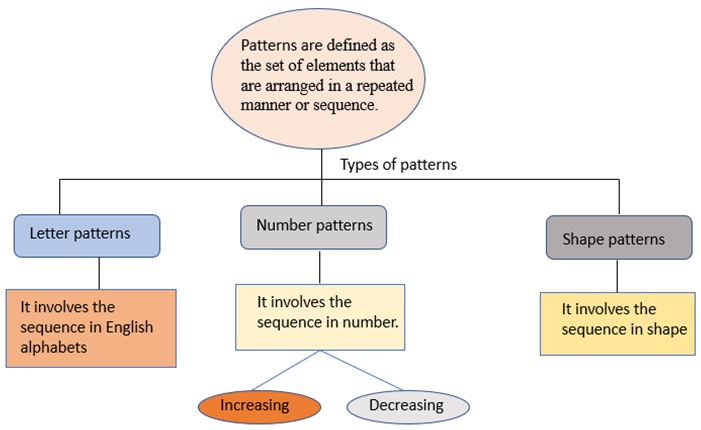