Interconversion of States of Matter for Class 4 Science

From this concept, the students will learn about the interconversion of states of matter.

Download the worksheets and check your answers with the worksheet solutions for the concept of the Interconversion of States of Matter provided in PDF format.

There are three main states of matter—solids, liquids, and gases. Matter can change from one state to another as a solid can turn into a liquid or a gas and vice versa. This phenomenon is called the change of state of matter.

Example: The best way to demonstrate the conversion of states of matter is by taking the example of water.

Water is a liquid, which turns into a gas (water vapour) on heating, and freezes into a solid (ice) by lowering the temperature. The reverse processes are also a common phenomenon. 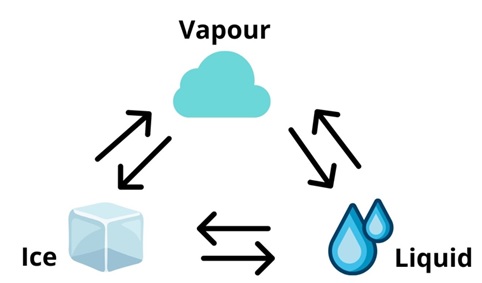 Let us now look at the different processes involved in the change of states of matter.

Example: If we take out an ice cube or a cube of butter from the refrigerator and keep it outside for a few minutes, the ice cube melts into water, and the butter also melts into a liquid. Ice creams melt into a liquid when kept outside. 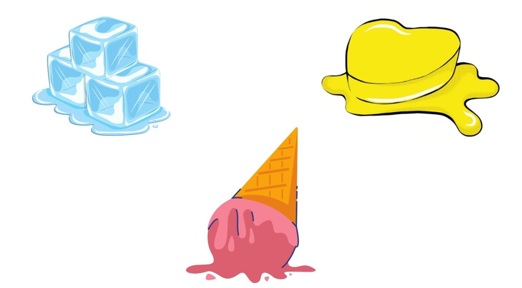 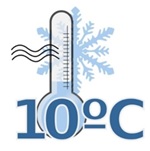 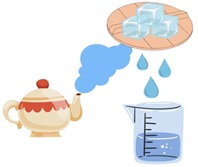 Example: The following phenomena occur as a result of condensation.

Factors Affecting the Changes in the States of Matter:

Molecules: These are the smallest identifiable unit of a substance with all the properties of that substance.

Intermolecular force: The force acting among the molecules of a substance.

Pressure: The physical force exerted per unit area of an object.

Temperature: The degree of hotness and coldness of a body. It can be measured by a thermometer. 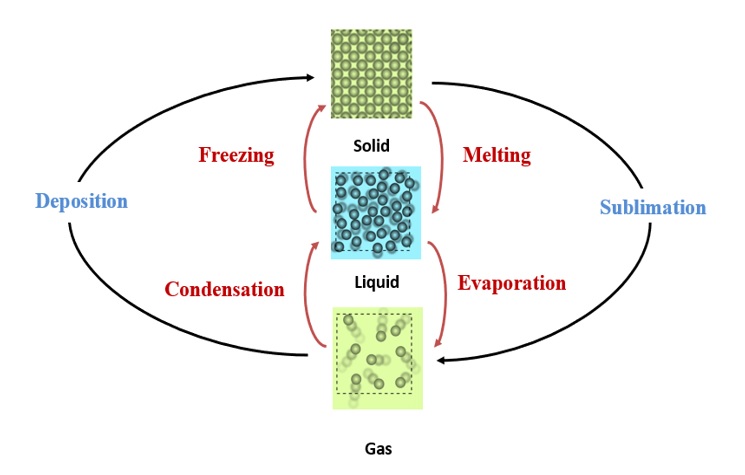