Parts of a Plant

Photosynthesis in Plants for Class 4 Science

Through this concept, the students will learn about photosynthesis in plants. The parts of a leaf diagram are provided in the concept.

Download the worksheets and check your answers with the worksheet solutions for the concept of Photosynthesis in Plants provided in PDF format.

Photosynthesis is the process by which green plants produce food inside their body. The process requires sunlight, water, carbon dioxide and chlorophyll. Photosynthesis is essential because without it there will be no existence of green plants, and hence, herbivorous animals too will be deprived of their food.

Parts of a Leaf: 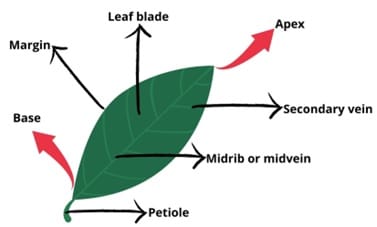 Water is absorbed by the roots. It passes through the stem and finally reaches the leaves.

Carbon dioxide from the air passes through small pores in the leaves called stomata.

Chlorophyll, a green pigment in the leaves, absorbs the sun’s energy.

This energy then splits water into hydrogen and oxygen, and this process is called the photolysis of water.

Oxygen formed is released into the surrounding. Hydrogen combines with carbon dioxide to form glucose, which is the chief food of plants.

Serrated: Having a jagged and rough edge. The image shows a serrated leaf margin.

Glucose: It is a special type of substance made of carbon, hydrogen and oxygen. Green plants synthesize glucose as it is the primary source of energy in them. Plants do not utilize all the glucose they make; rather, they store some of it for future use. All living beings require glucose. So, animals meet their glucose need by eating plants or other foods containing glucose.

Stomata: These are tiny pores or holes present on the lamina of a leaf and help exchange gases and water with the surroundings. 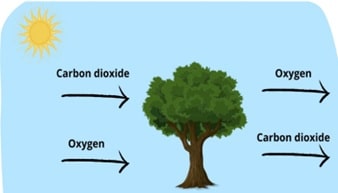 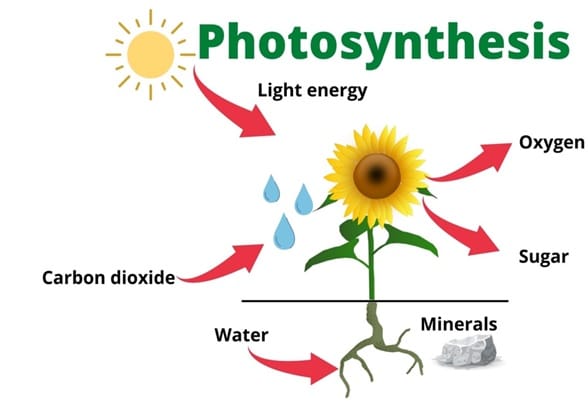 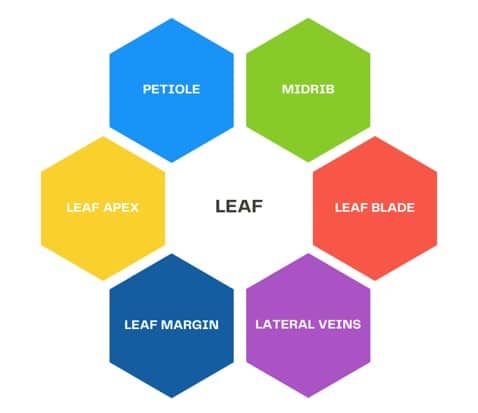