Methods of Separation for Class 4 Science

Through this concept, the students will get a basic idea about the methods of separation. They will know what dry and wet mixtures are and how the essential elements of different mixtures can be separated.

Download the worksheets and check your answers with the worksheet solutions for the concept of the Methods of Separation provided in PDF format.

Examples: While making tea, we have to separate tea leaves with a strainer to get the tea, grains are separated from stalks, milk is churned to separate the butter etc.

Separation of substances can be done under two conditions—

Methods of Separation of Substances Under Dry Conditions: 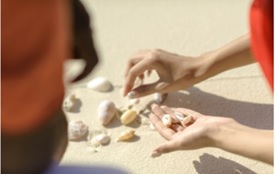 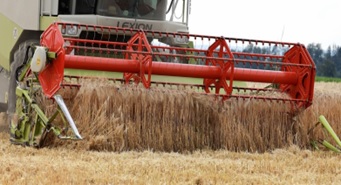 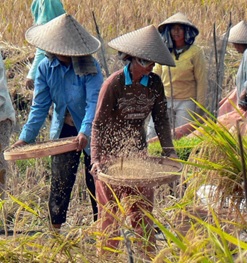 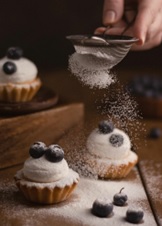 Example: By using magnets, one can separate iron-bearing minerals from sand particles and iron filings from sulphur powder. 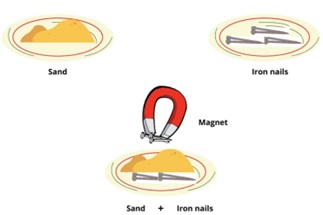 Methods of Separation of Substances Under Wet Conditions:

To separate insoluble solid particles from solutions, we use the following methods of separation.

Example: The separation of soil and sand is done from muddy water by sedimentation and decantation.

Example: The filtration process can separate a mixture of chalk powder and water.

Example: Separation of salt or sugar from water is carried out by evaporation. 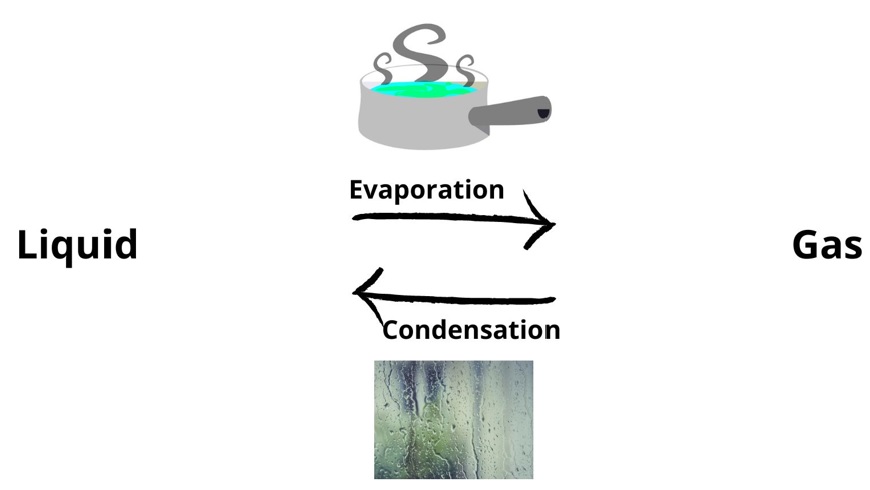 Example: Pure water can be separated from salt water by applying the process of distillation. 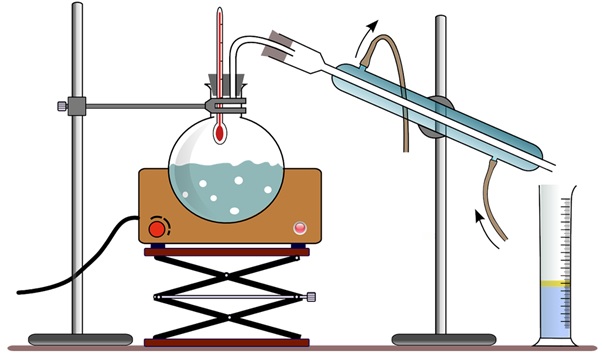 Chaff: The seed coverings and other residual matter that get separated from the seeds while threshing grains.

Husk: The outer covering of seeds.

Magnetic: Having the ability to attract a magnet. 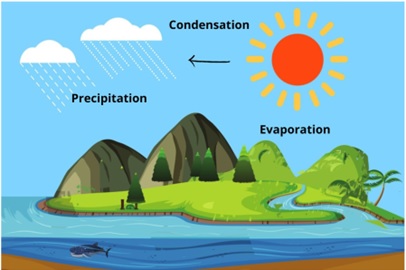 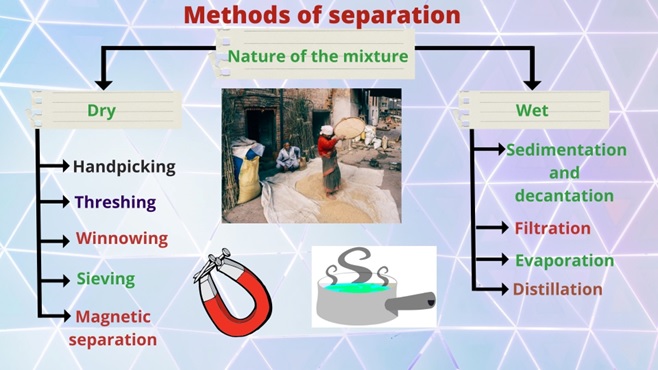