Download the worksheets and check your answers with the worksheet solutions for the concept of Uses of Fossil Fuels provided in PDF format. 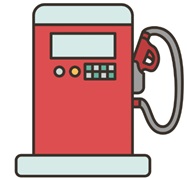 Examples: Small amounts of liquid hydrogen can produce massive energy, whereas burning a large amount of firewood would not produce energy equivalent to liquid hydrogen.

Examples: We rub a matchstick by striking it on a rough surface which initiates the burning of the matchstick

Characteristics of an Ideal Fuel:

A fuel that possesses all the following characteristics is called an ideal fuel. 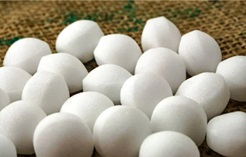 Products Obtained after the Fractional Distillation of Crude Oil/Petroleum:

Fossil fuels take years to form. So, overuse of fossil fuels may lead to their depletion, and there won’t be anything left for future generations. So, the conservation of fossil fuels is necessary for sustainable development.

Examples: Wind energy can be used to produce electrical energy instead of coal.

Impervious: Something which does not allow fluid to pass through.

Decomposition: It is the conversion of complex substances into simpler substances by the process of decaying.

Sustainable development: It is the development that can fufill the demands of the present generation while saving the resources for the future generations as well.