All the learning concepts of class 5 have used vivid examples, illustrations and mind maps to make them interesting and easy to understand. Students can also access the adjective of number worksheets to check their understanding of the topic. The solutions to these worksheets are also available in easily downloadable PDF format.

Adjective of number shows the number of nouns or pronouns and their position. It is also known as numeral adjectives.

Types of Adjectives of Number

There are three types of adjectives of numbers. They are as follows:

Adjectives speak about the number of adjectives. These words show indefinite numbers.

Let us take a look at a set of indefinite numeral adjectives given in the table below:

Let us take a look at a set of distributive numeral adjectives given below in the table.

Every student stood up when the principal entered.

Either of the girls got a gift for the teacher. 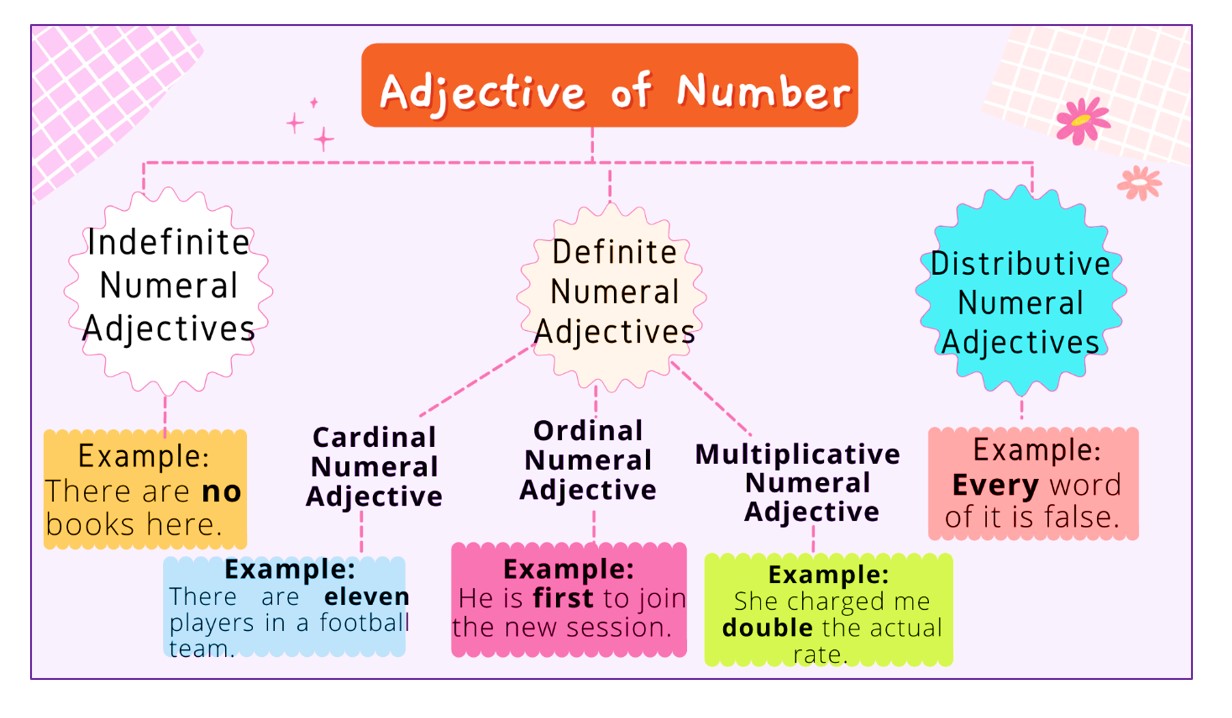