Students will learn cinquain poem examples and images. They will also study about the feature and pattern of a cinquain poem. There are some exceptions to the rules of cinquain.

Every concept for class 5 English students have been covered using examples, illustrations, and concept maps. Once you go through a concept, assess your learning by solving the two printable worksheets given at the end of the page.

Download the worksheets and check your answers with the worksheet solutions for the concept Cinquain Poem provided in PDF format.

What is a Cinquain Poem?

Cinquain poem was invented by Adelaide Crapsey, an American poet. It is a short poem that contains the following :

Features of a Cinquain Poem:

The Pattern of a Cinquain Poem:

Cinquain does not follow grammar in the strict sense. However, you can follow the trick given below to remember the pattern quickly:

The fourth line: Feeling or Effect (a four-word phrase)

The fifth line: Synonym of the initial noun in line 1

In the Cinquain poem, the syllable is written in the following manner:

(Each word has two syllables) 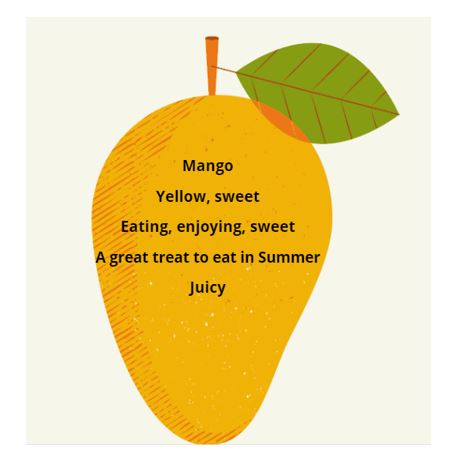 How to Write a Cinquain Poem?

Follow the steps below to write a Cinquain poem. 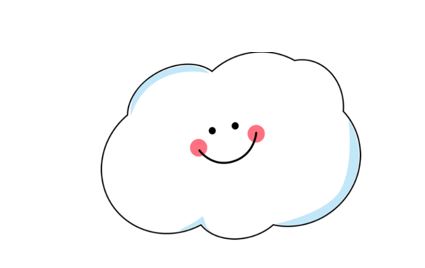 Cinquain poems have various rhythms. They don't always have to rhyme. However, you can add rhyming words by using the word that rhymes with the last word of the previous line. The words ‘June’ and ‘monsoon’ rhyme. i 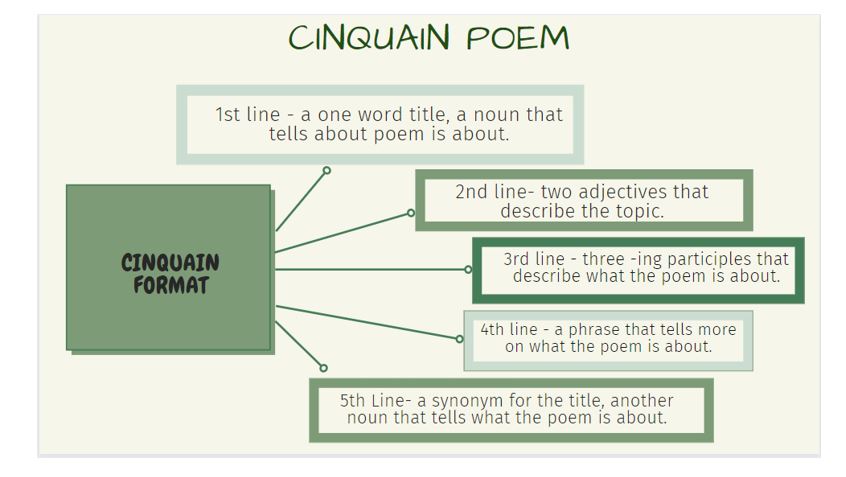