Reeta likes both dancing and singing.

These conjunctions help to compare, contrast and even connect two concepts.

Let us have a look at the common correlative conjunctions and how they are used in a sentence.

Neither Shamita is hardworking nor ambitious.

We can either go now or after lunch.

Either my parents or I attended the function.

Neither my parents nor I attended the function.

We can neither go now nor after lunch.

Either the pink top or the red shirt will look good with white pants.

Either the pink top, or the red shirt will look good with white pants.

She didn’t find neither the phone nor the charger.

The above sentence is a double negative because ‘didn't’ is a negative term and the correlative conjunction pair ‘neither/nor’, also means negative.

The cupboard was made not only for storing clothes but also for storing important documents.

The cupboard was made not only for storing clothes but also storing important documents.

A comma can be used if it serves another grammar rule in the sentence.

Neither this cotton saree, which was comfortable, nor the elegant silk saree, interested the woman.

Note that the correlative conjunction pair ‘neither . . . nor’ is divided by the two commas to balance the phrase ‘which was comfortable.’

Not only did Aakash need money, but he also needed a house to stay. 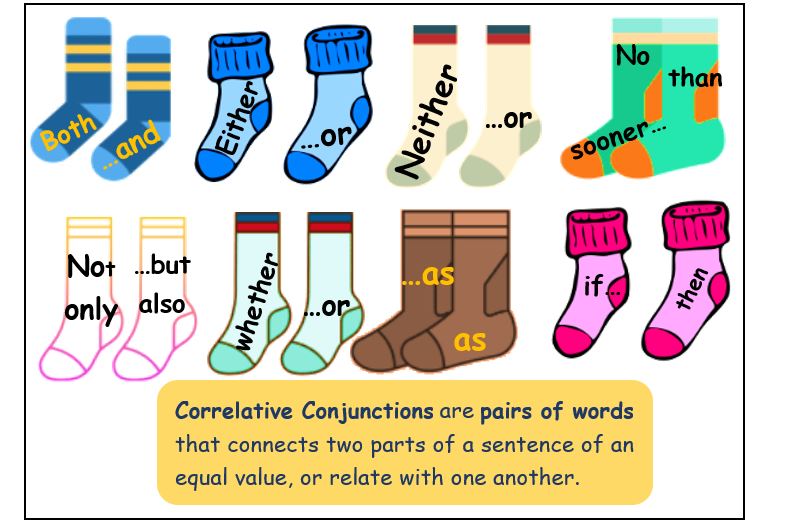