Degrees of Comparison for Class 5 English

In this concept, students will learn:

Every concept for class 5 English students are covered with the help of examples, illustrations, and concept maps. Once you go through a concept, assess your learning by solving the two printable degrees of comparison worksheets given at the end of the page.

Download the worksheets and check your answers with the worksheet solutions for the concept degrees of comparison provided in PDF format.

What are the Degrees of Comparison? 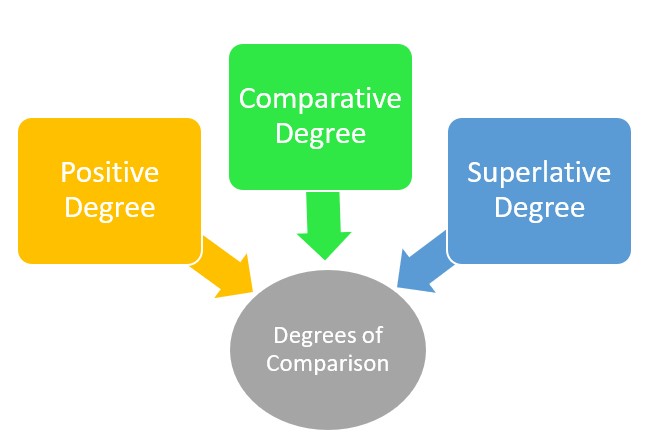 The basic form of the adjective or adverb is known as positive degree. It usually does not involve a direct comparison.

When there are two person or things, we use this form often with a ‘than’ to compare both the nouns.

A superlative adjective is used to explain the extreme quality of one thing or person in a group of things or people.

How to Form Comparative and Superlative Degree?

There are many ways to form comparative and superlative degrees. Let’s take a look at them.

Positive Adjectives with One Syllable

Adjectives having two syllables that end in ‘-y’ generally take -er in the comparative form and -est in the superlative form. Also, while changing the form, the ‘-y’ becomes ‘-i’.

Words having three or more syllables when made into the comparative forms by adding ‘more’ to the phrase, and by adding ‘most’ before the superlative form of adjective.

There are some common adjectives that have irregular comparative and superlative forms.

In the one-syllable adjectives, if the last letter is a single vowel and is followed by a single consonant letter, then the word becomes double in the comparative form and the superlative forms. 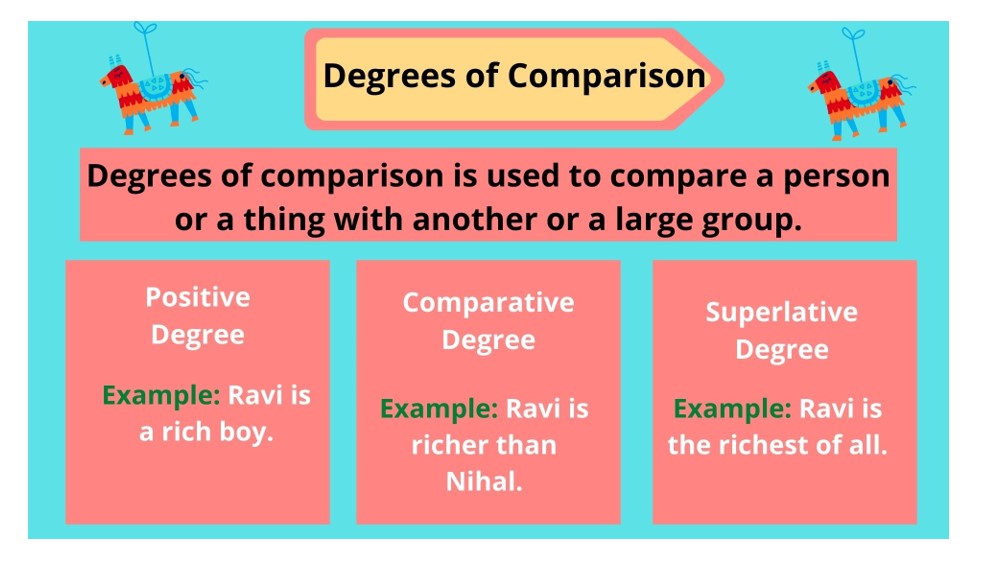