Difference Between Personal and Reflexive Pronouns for Class 5 English

Every concept for class 5 English students are explained with the help of examples, illustrations, and concept maps. Once you go through a concept, assess your learning by solving the two printable pronoun worksheets given at the end of the page.

Download the worksheets and check your answers with the worksheet solutions for the concept pronouns provided in PDF format.

Instead of using the noun ‘Shreya’ again, we use the pronoun ‘She’ in the second sentence.

Pronouns can be divided into many types, but we will discuss two pronouns: personal pronouns and reflexive pronouns. 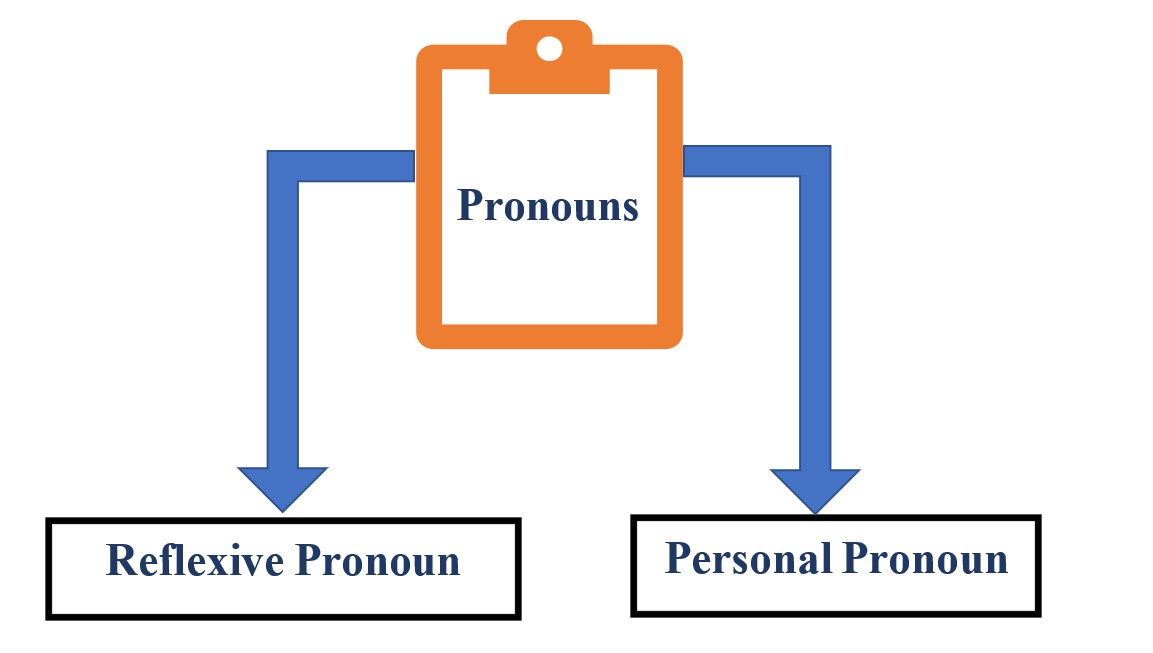 What is a Personal Pronoun?

A personal pronoun sits in place of a noun which can be a particular person or thing.

The personal pronoun ‘she’ is used to replace the proper noun. The sentence means- Neha slept early today because she (Neha) worked hard.

What is a Reflexive Pronoun?

She invited herself to the party.

Reflexive pronouns are words like myself, yourself, himself, herself, oneself, itself, ourselves, yourselves, and themselves. Every reflexive pronoun is used with specific pronouns. These pronouns cannot be replaced by another pronoun as the pronoun shows the gender or the singular or plural form of the noun.

Difference between Personal and Reflexive Pronouns

Sneha went to the market as she had to travel to the city soon.

In the above sentence, ‘she’ is the personal pronoun.

Harry sometimes talks to himself in his sleep.

In the above example, ‘himself’ is the reflexive pronoun. Harry is talking to himself.

While replacing any noun with a pronoun in a sentence, make sure to keep the gender in mind. The gender should be the same as the noun.

Ravi is a nice boy; hence everybody likes him.

Ravi is a nice boy hence everybody likes her. 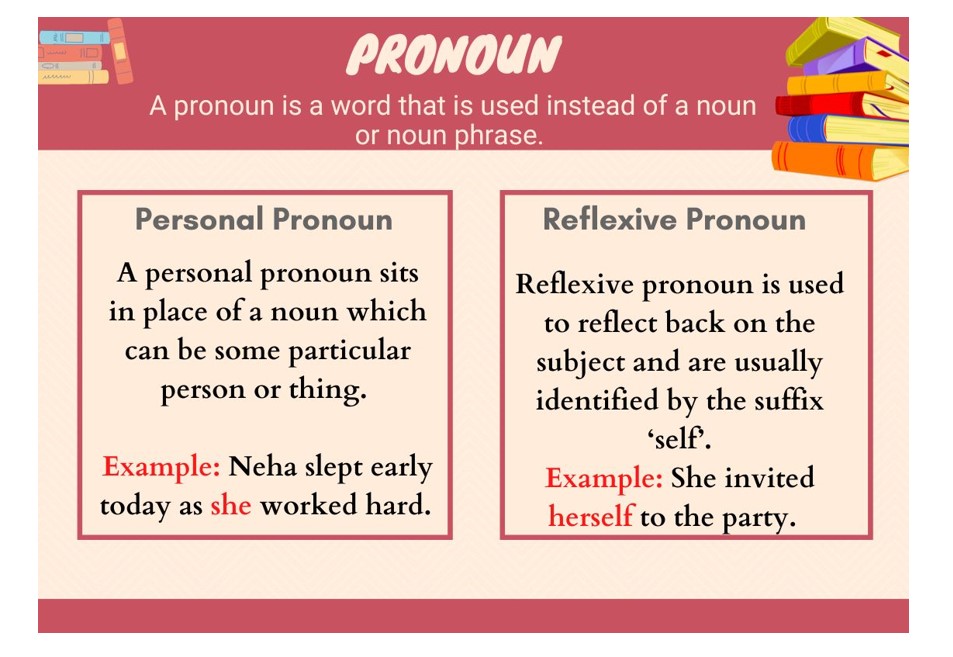