Intensive pronouns emphasize the antecedent or the subject of the sentence. It is usually found after the noun or pronoun it's changing, but not essentially. In this chapter students will learn intensive pronoun definition, usage and the rules’ exceptions while using it.

In this learning concept, the following are covered:

All the learning concepts covered for Class 5 have illustrations, mind maps, and examples. Students after going through this concept, can assess their respective skills by solving the two printable PDF worksheets that consists of intensive pronouns exercises. The solutions to these are also available in PDF format. 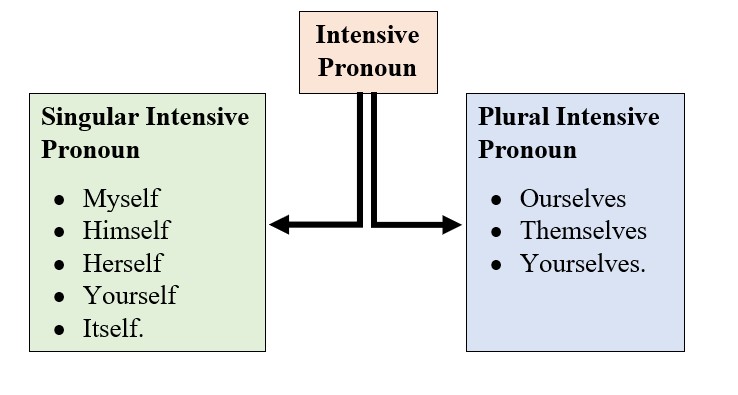 2. Singular intensive pronouns are myself, himself, herself, yourself, and itself. 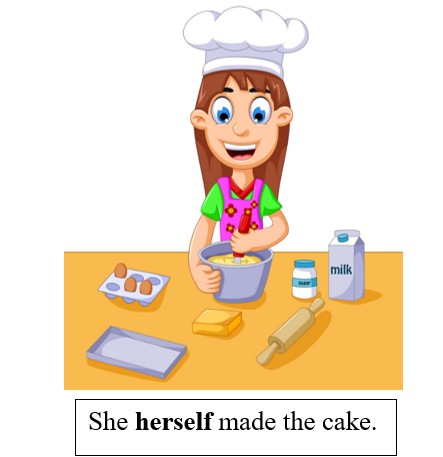 2. Plural intensive pronouns are ourselves, themselves, and yourselves. 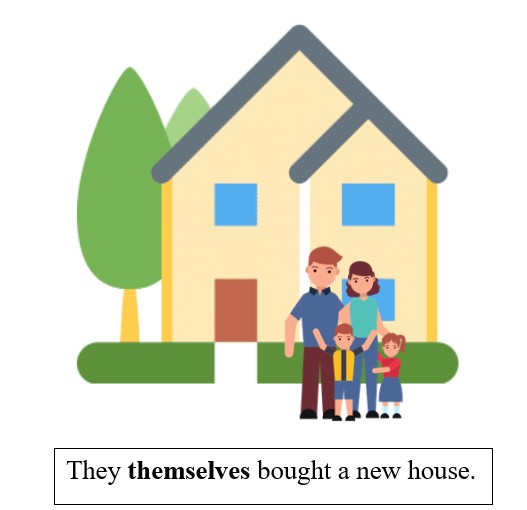 1. Intensive pronouns are sometimes confused with reflexive pronouns; however, they differ in terms of their usage.

a) Rasesh bought the ice cream for himself.

b) Rasesh himself has bought the ice cream.

2. Sometimes, intensive pronouns can be positioned away from the noun they refer to.

Sonam wrote the poem herself.

3. Sometimes, they may not be connected with the subject but some other noun in the sentence.

Jitesh felt his effort itself was not good enough to finish the work. 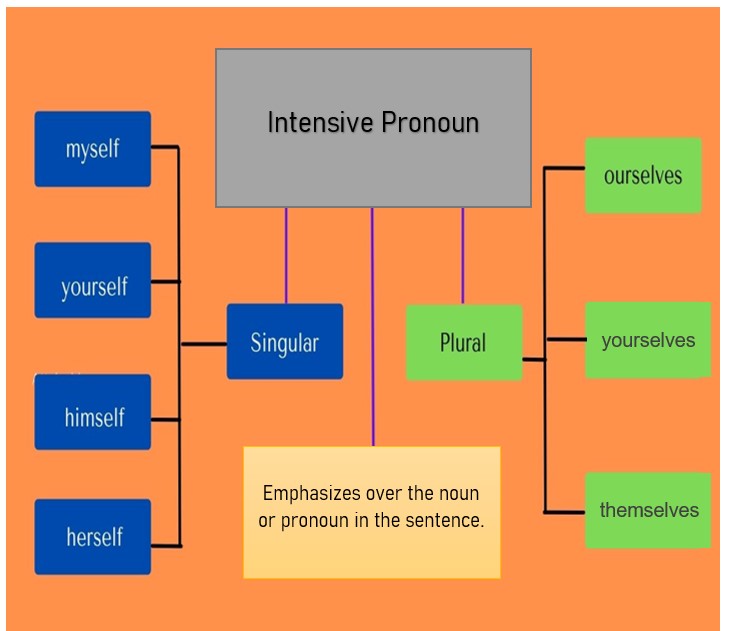