Conjunctions And But Or Because | Grade 5 English Orchids International
Job Alert : To view our Careers Page Click Here X
info@orchids.edu.in (+91) 8-888-888-999

This concept will teach students to join sentences using conjunctions such as and, but, and or. They will also learn about the different types of conjunctions: coordinating, subordinating, and correlative conjunctions.
In this concept, students will learn:

Every concept is taught to class 5 English students with the help of examples, illustrations, and concept maps. Once you go through a concept, assess your learning by solving the two printable join sentences using conjunction worksheets given at the end of the page.

Download the worksheets and check your answers with the worksheet solutions for the concept conjunction provided in PDF format.

A conjunction is a word used to join a group of words, phrases, or sentences. It is also called linking words or joining words.

The most commonly used conjunctions are ‘and’, ‘or’, ‘but’ and ‘because’.

There are mainly three types of conjunctions we will learn.

Another coordinating conjunction is ‘but’. We use ‘but’ to join two words or simple sentences expressing two opposite ideas. 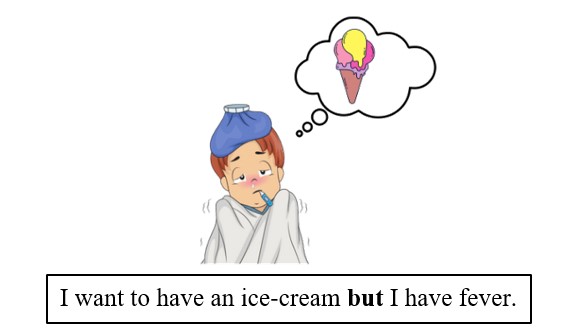 In the above sentence, the conjunction ‘but’ is joining two independent sentence that expresses two opposite ideas. 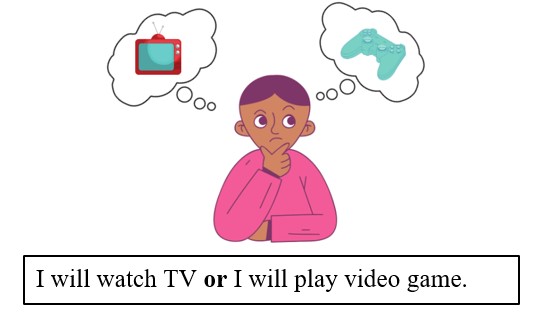 We use ‘or’ to link two simple sentences that give two different options.

The subordinating conjunction ‘Because’ is used to join two sentences where one part of a sentence tells the result, and another gives a reason for it. 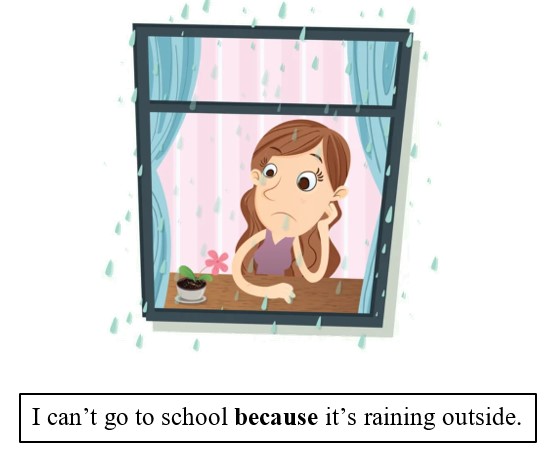 In the example, the conjunction ‘because’ is joining two independent sentences. The first part of the sentence shows the result and the second part of it gives the reason for the action.

Or = to give option 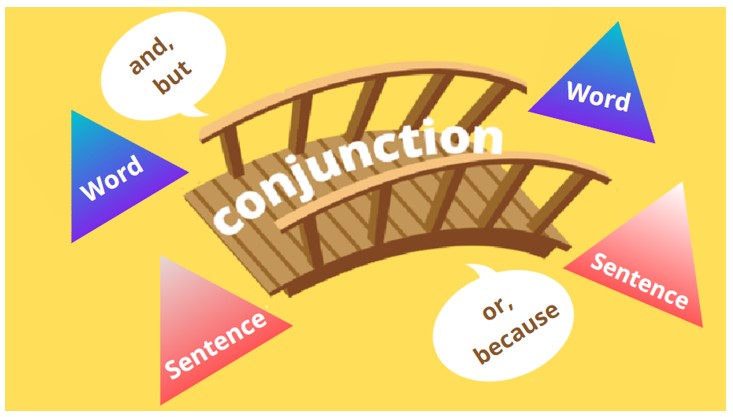