Make New Words in English with Suffixes for Class 5 English

Each concept is explained to class 5 English students using illustrations, examples, and mind maps. You can assess your learning by solving the two printable worksheets given at the end of the page.

Download the worksheets and check the solutions for the concept, Make New Words in English with Suffixes for Class 5 English provided in PDF format. 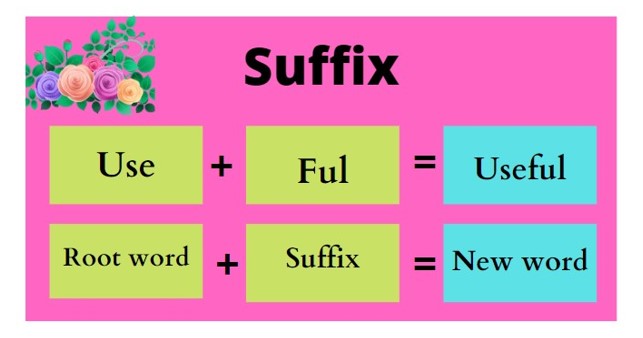 In the above word, ‘full’ is the suffix and ‘use’ is the base or main word.

The word ‘move’ is actually a verb. But after adding the suffix ‘ment’, the word becomes ‘movement’ which is a noun.

Here, the word ‘dress’ is actually a singular noun. But after adding the suffix ‘es’, the word becomes ‘dresses’ which is a plural noun.

Here, ‘learn’ is the base word and is in present tense. After adding the suffix ‘t’, the word becomes ‘learnt’ which is the past tense.

There are two main types of suffixes: Consonant Suffixes and Vowel Suffixes. 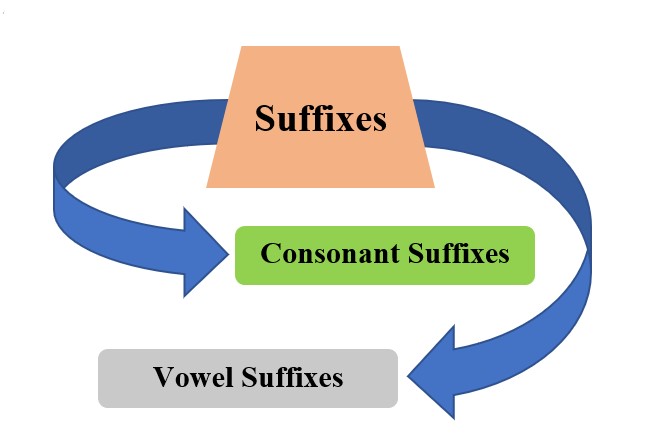 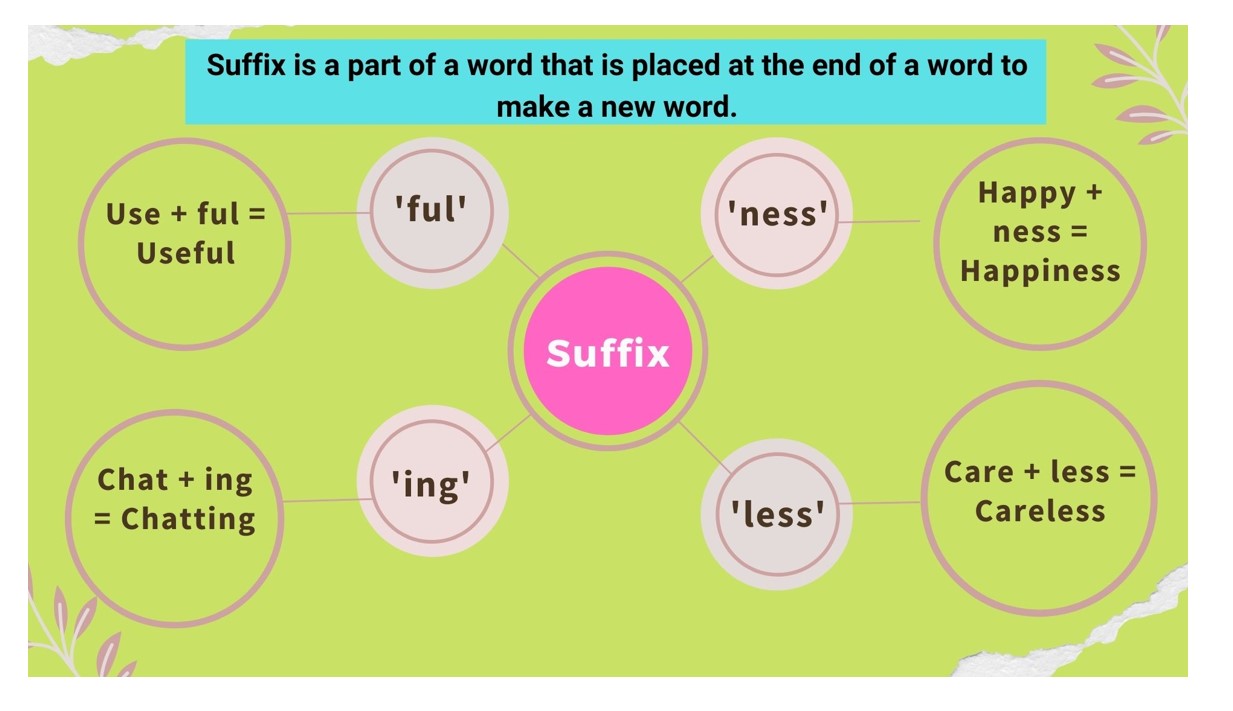