Every concept is taught to class 5 English students with the help of examples, illustrations, and concept maps. Once you go through a concept, assess your learning by solving the two printable modal auxiliary verb worksheets at the end of the page.

Download the worksheets and check your answers with the worksheet solutions for the concept Modal Auxiliary provided in PDF format. 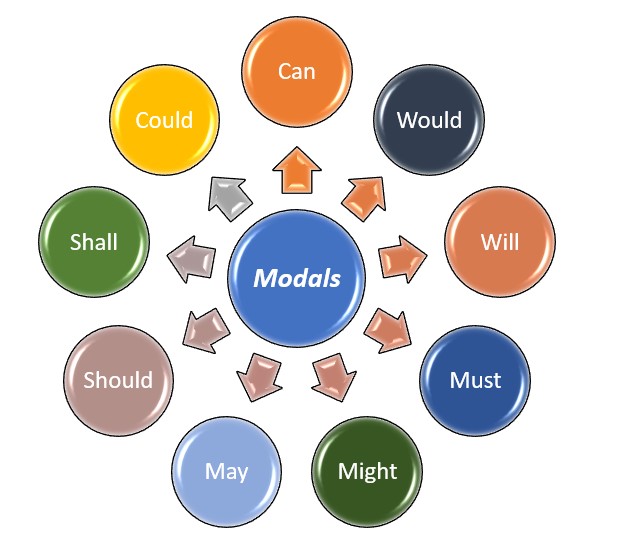 Rules of Using a Modal Auxiliary

Now let us understand the different purposes of the various modal auxiliaries.

2. Ask for permission - Can I borrow yourumbrella?

3. Possibility - Do you think we can win the match?

4. Indicating future action – If it doesn’t rain, we can go to play outside.

1. Ability:When I was in school, I could practice playing football for hours.

3. Possibility:I could have won the quiz if I had studied harder.

4. Suggestion: Could you please help me with the math problem?

1. You may get selected for the tournament.

3. I might have had junk food last night, and my stomach is upset today.

1. All the students must bring their textbooks to the class.

2. You must brush your teeth before sleep.

3. You must buy the coffee maker. It is great.

1. Tomorrow, I shall be going to Mumbai to attend a meeting.

2. They shall apologize for what they did.

1. He should call his father.

2. They should come to the party.

1. They will visit my house tomorrow.

3. Will you please cook tonight?

4. We will get snow in Kashmir in February.

1. Rashmi said she would complete her homework.

2. Would you like to have a cup of coffee?

3. I would be in a big problem if my father was not there with me.

4. Radha would go swimming every day when she was younger.

We ought to drink a lot of water.

You need to do exercise regularly.

c) ‘Used to’-Used to express habitual action in the past.

I used to enjoy a walk here in the evening. 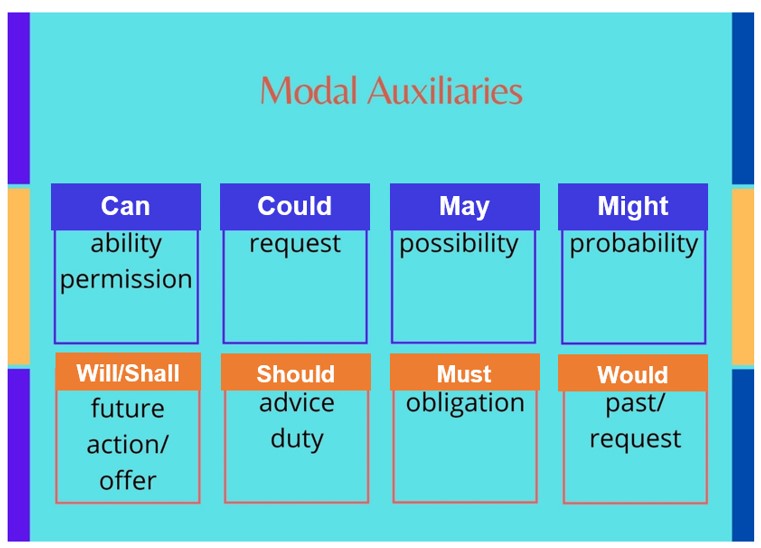