There are about three types of nouns which are proper, common and collective nouns. Let us take a look at the meaning of all these nouns.

Abstract nouns are ideas that refer to quality. They cannot be felt like physical objects.

In the example given above, ‘beauty’ and ‘anger’ are not things that can be touched, but these words are ideas of what makes a beautiful person & what does anger do to people. Abstract nouns can be better understood once you look at the categories, it is divided into. The various type or classifications of abstract nouns are as follows:

Abstract nouns can indicate some kind of emotion.

Happiness cannot be bought by money.

Knowledge is the biggest power of an individual.

By state, it means the condition at which something or someone at a particular point in time.

Freedom is our birthright.

Nouns that describe an action, such types of abstract nouns originate from verbs like laughter describe the action ‘to laugh’.

Laughter is the best medicine.

These abstract nouns denote an occurrence of an event or incident.

My birthday is on the 7th of February. 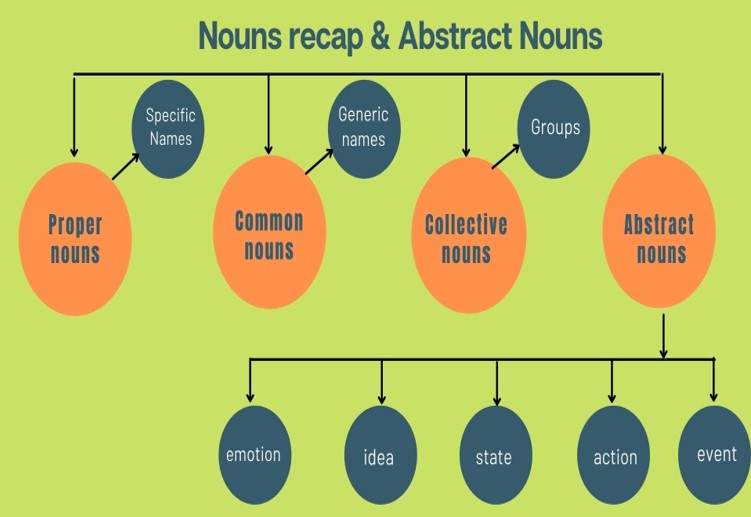