Personal Pronouns for Class 5 in English

Personal pronouns are used as a substitute for the proper name of a person. It indicates specific things or people or animals too. Students will know personal pronoun definition, common mistakes and exceptions that occur while using them.

In this learning concept , students will learn the following:

Rohit is going to watch a movie today. He will be eating pop corns as well.

There are eight types of pronouns. Let’s take a look at them. 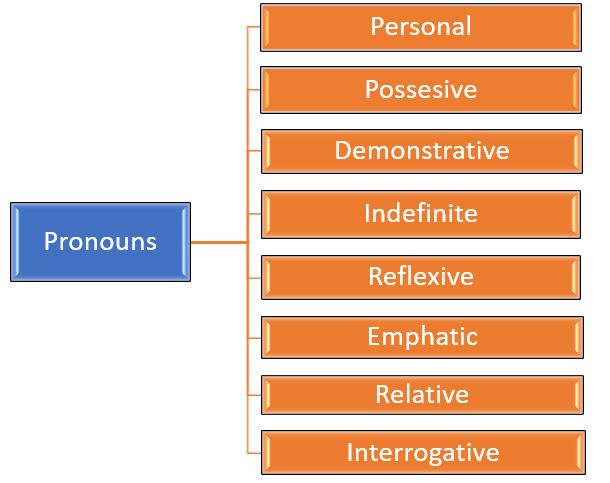 We will focus only on personal pronouns in this chapter.

The pronouns that are used to refer to a person are known as personal pronouns.

He has left for school, and she will leave shortly too.

There are three forms of personal pronouns, and each has its own singular and plural forms. Let us have a look at them.

There are two types of personal pronouns.

Subject pronouns are used to replace the name that is the used as a subject in a sentence. They are words like I, you, she, he, it, we, and they.

Object pronouns take the object’s place in a sentence that includes me, her, him, you, it, them, and us. These pronouns are used as both direct and indirect objects. 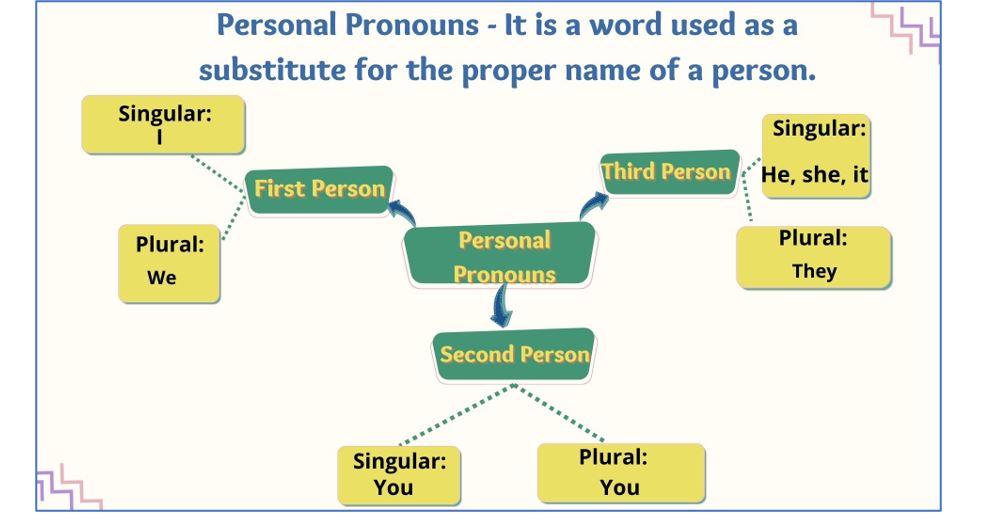