Use of Adverbs for Class 5 English

Adverbs add extra information about an adjective, a verb or another adverb. Use of adverbs in a sentence lend a rhythm and texture to it. In this chapter students of class 5 will revise adverbs and know the general mistakes to avoid and the exceptions to consider while using adverbs.

All the learning concepts of class 5 have used vivid examples, illustrations and mind maps to make it interesting. Students can also access the adverb worksheet for class 5 to check their understanding of the topic. The solutions to these are also available in easily downloadable PDF format.

There are five types of adverbs. 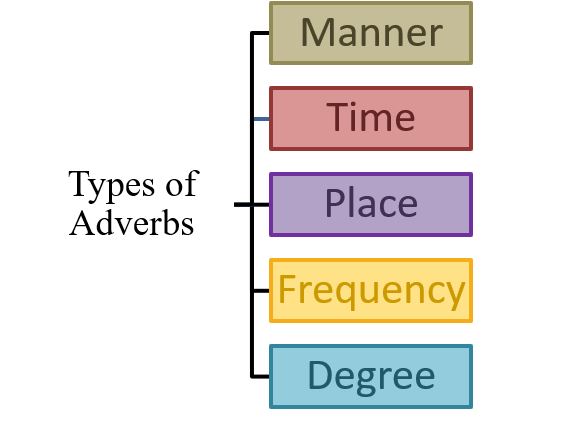 Difference between an Adjective and an Adverb

Students tend to confuse adjectives and adverbs as both are modifiers. Let us have a look at how they differ.

Note: The sentence “she’s doing good” is not grammatically incorrect, but only when it means “She is doing good things” rather than when it explains how a person feels.

Take a look at the mind map below for quick understanding. 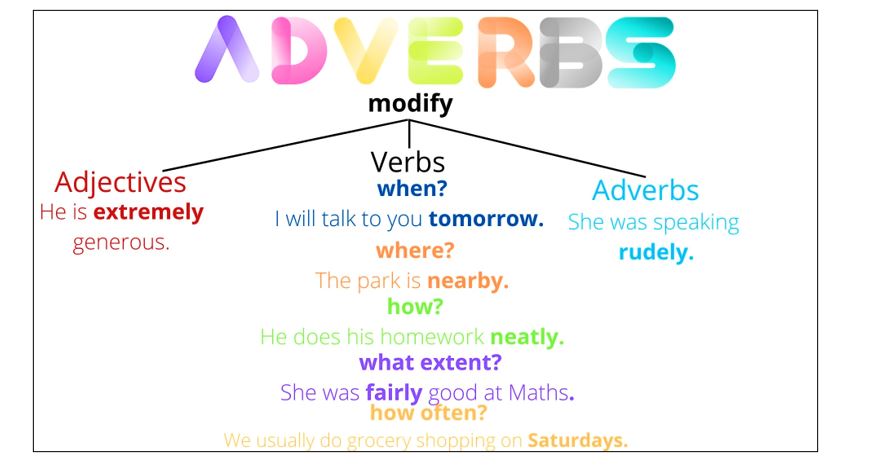