In this learning concept, students will learn :

Learn about Types of Sentences

He is attending the party right now.

The above sentence consists of one subject ‘He’ and one verb ‘is’ and it can convey a complete thought on its own.

The two independent sentences are ‘I can help you’ and ‘you have to wait’ joined by the coordinating conjunction ‘but’.

b) Sometimes the dependent sentence can be added after the complete sentence rather than at the beginning of the sentence.

The first part of the sentence cannot express a meaning on its own without the second part.

Sometimes there are too many phrases orsentences placed in a sentence which leads to confusion. Usually this happens when too many incomplete sentences or conjunctions are used together in sentence. 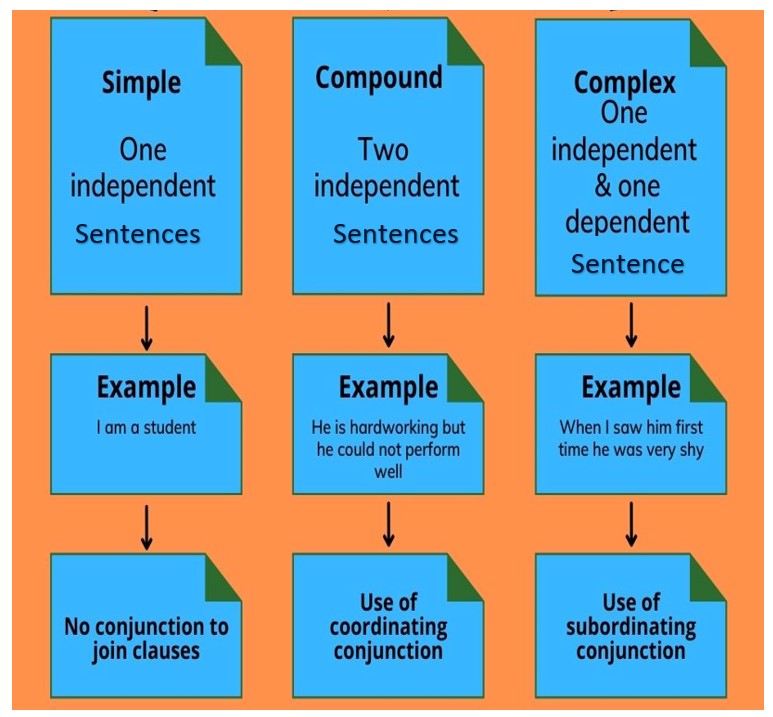