Difference Between Simile and Metaphor for Class 5 English

Metaphors and similes are figures of speech used to make a comparison between two concepts or things or people that are not similar. In this chapter students learn to identify the difference between simile and metaphor with examples. They will also come across the exceptions to the rule of metaphor and similes.

Every grammar concept covered in the website have illustrations, examples and fun diagrams or flow chadts for effective student understanding. After students learn how to write a biography, they can also access the two free PDF simile and metaphor worksheets given at the end of the page, to evaluate their understanding. These worksheets are available with their solutions in PDF format.

What is a Simile?

A simile is a figure of speech that is used for the comparison of two or more things. In a simile, two different things are compared using the words ‘like’ or ‘as’. 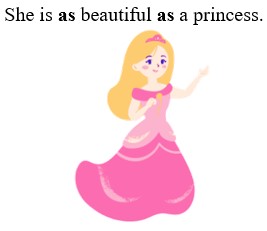 What is a Metaphor?

Metaphor is also used for comparison but without the use of words ‘like’ or ‘as’. It is a direct comparison.

“Life is a theatre, and we are all players.”
(Written by the famous playwright William Shakespeare).

In the above example, life and theatre or we and players are certainly not the same, but the direct comparison makes them appear similar.

Difference between Simile and Metaphor

Let us have a look at the differences between the two figures of speech. 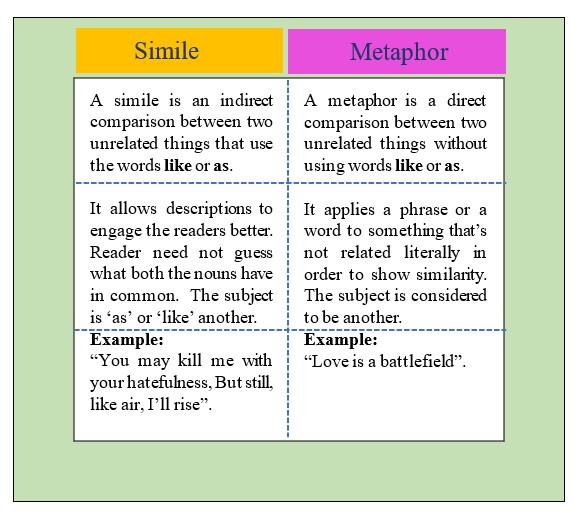 Let us have a look at some of the commonly used similes in English.

Usage of Simile in a Poem

Similes are used extensively by poets. Let us have a look at a common rhyme in English that used similes.

"Twinkle Twinkle Little Star.
How I wonder what you are
Up above the world so high,
Like a diamond in the sky." 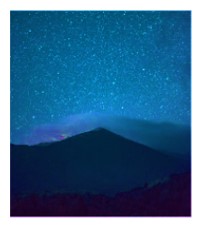 How to Use Simile in a Sentence?

Similes can be used in stories, novels, fiction, poetry, and just about in anything. Let us see below examples of the usage of simile in a sentence.

Let us have a look at some of the commonly used metaphors in English.

Usage of Metaphor in a Sentence

Let us have a look at how metaphors are used in a sentence.