What are the Uses of Possessive Pronouns?| Grade 5 | ORCHIDS
Job Alert : To view our Careers Page Click Here X 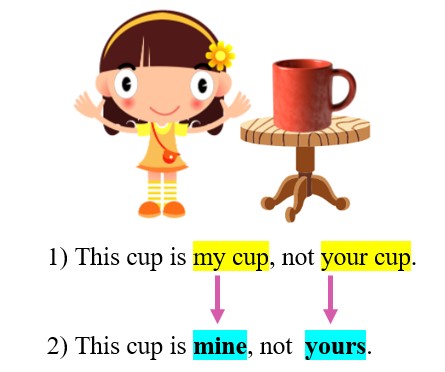 The words ‘I’ and ‘am’ are made into a contraction by omitting the letter ‘a’ and replacing it with an apostrophe (’). “ I’m” has become a contraction.

In both sentences, we replaced the nouns ‘house’ and ‘umbrella’ with the singular possessive pronoun ‘yours’ and ‘hers’ to refer to one person.

Instead of mentioning the nouns ‘class’ and ‘team’ repetitively, we used plural possessive pronouns ‘ours’ and ‘theirs’ to refer to more than one person.

Every personal pronoun has a possessive pronoun corresponding to it. 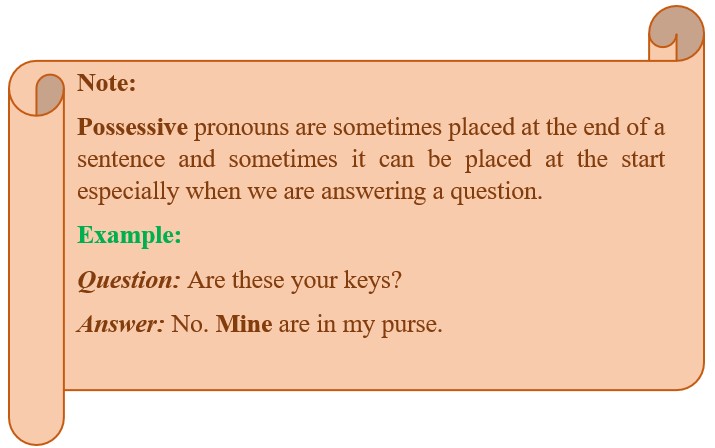 Examples: The book is mine.

Examples: This is my book.

This crayon is mine.

These crayons are my. 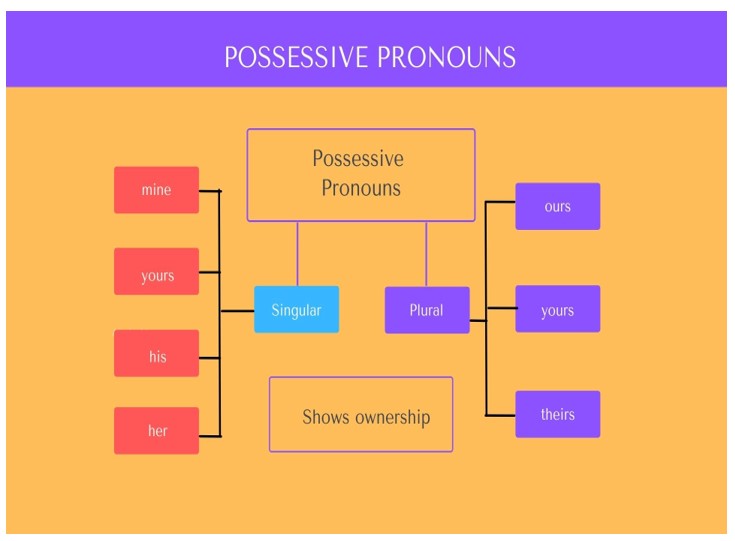