Using Word & Phrases along with Onomatopoeia

Many times, an onomatopoeic word is used based on the letter combinations within the word. These combinations come at the beginning, but a few come at the end also. Onomatopoeia can be grouped into several categories as shown below:

Examples of Onomatopoeia relating to the following components:

Examples of Onomatopoeia in English Literature

Let’s take a look at how this has been used in stories and poems.

What are Transition Words and Phrases?

What Transition Words to Use for Narrative Writing?

Below given common transition words used in story writing.

How to Use Onomatopoeia with Transition Phrases in a Sentence?

Let us see through a few examples of to use Onomatopoeia can be used with transition phrases in a sentence.
“She was late, consequently, she ran through the glass door- smash and hurt her nose”. 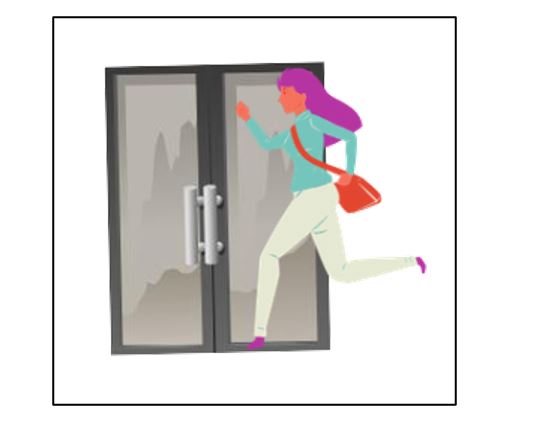 “While I was singing in the back seat of our car. Immediately, I heard the honk of a truck beside our car. 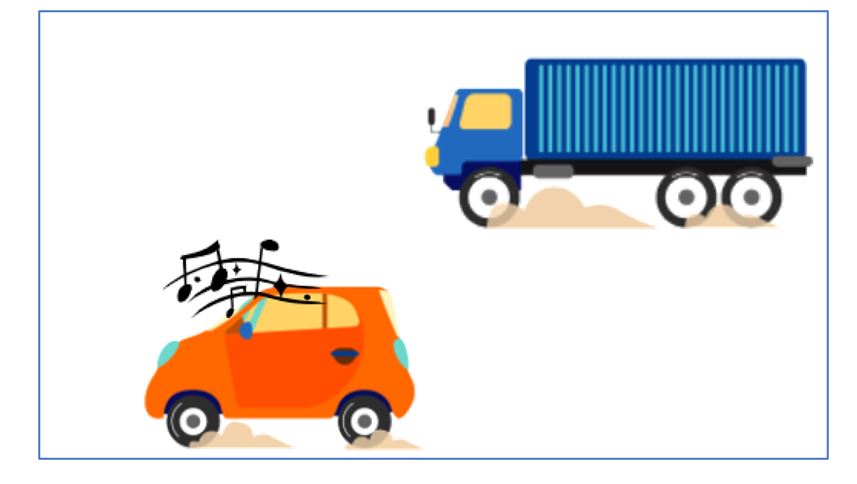 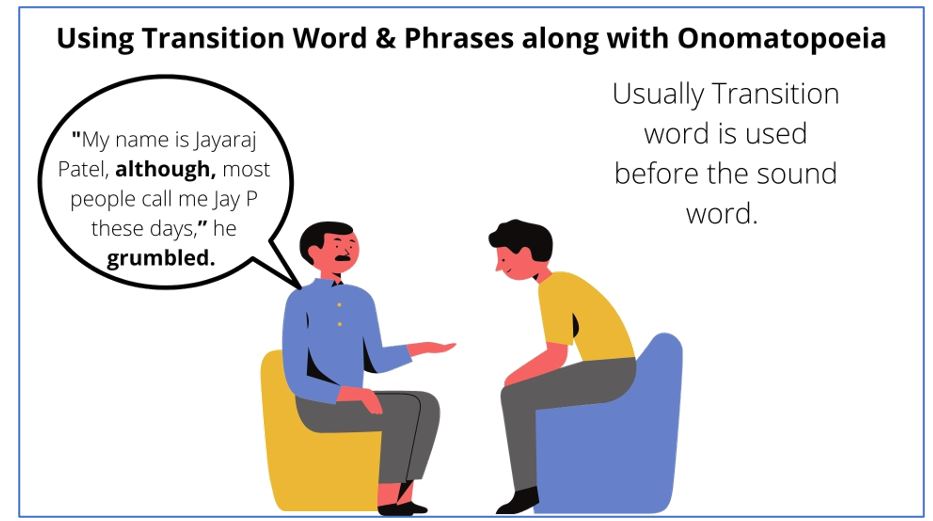