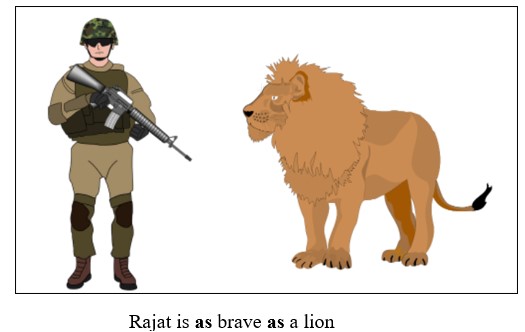 In this example, Rajat is being compared to a lion to put more emphasis on his personality trait. We are contrasting two different things that have no relation to indicate that Rajat is a very courageous person.

Let us study some of the chief features of simile:

How to Write a Simile?

We generally look for a simile when we think of alternative options for describing something other than conventional adjectives. In order to write a simile, we have write about a quality of thing that we want to describe.

Let us try this process with the help of an example:

Suppose we are trying to describe the voice of a girl which is very sweet.

Let’s try to find out about another thing tastes sweet.

We’ll take the example of honey and compare it with the girl’s voice by using ‘as’.

So, we can say the line ‘Her voice is as sweet as honey’

1. Sometimes a thing can be compared to more than one thing in different instances without losing the original significance.

In the above example to emphasize something with cooling effects on a body, it can be compared to either ice or cucumber. None of them are wrong.

2. Sometimes a simile cannot be written without ‘as’ or ‘like’ to compare between two different things.

My teacher is a volcano ready to explode.

Here the teacher’s rage is compared to the volcano’s explosion. This is an example of a simile. 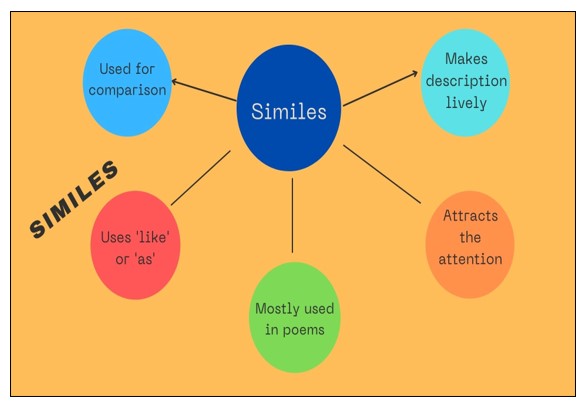