Decimal to Fraction for Class 5 Math

In this learning concept, the students will learn

How to Convert Fractions Into Decimals?

Converting the Denominator to the Power of 10

Step 1: We know that 5 × 2 = 10. Therefore, multiply the numerator and the denominator of the given fraction by 2.

Step 2: The denominator has 1 zero. Place a decimal point after one digit.

How to Convert Decimals Into a Fraction?

Convert the decimal 0.04 to the fraction.

The given decimal has 2 digits after the decimal point. Therefore, the denominator of the equivalent fraction will be 100.

The numerator will be 4.

Therefore, the equivalent fraction is 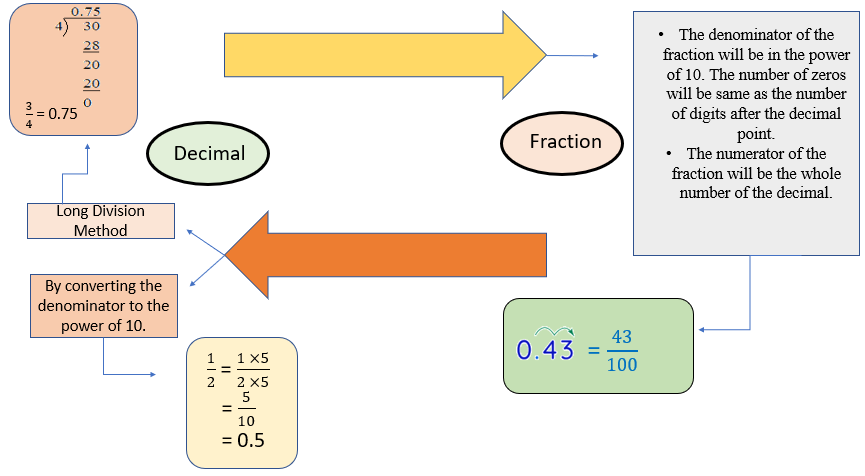