In this learning concept, the students can

Each concept is explained to class 5 maths students using illustrations, examples, and mind maps. Students can assess their learning by solving the two printable worksheets given at the page’s end.
Download the large numbers worksheet for class 5 and check the solutions for the concept of large numbers provided in PDF format. 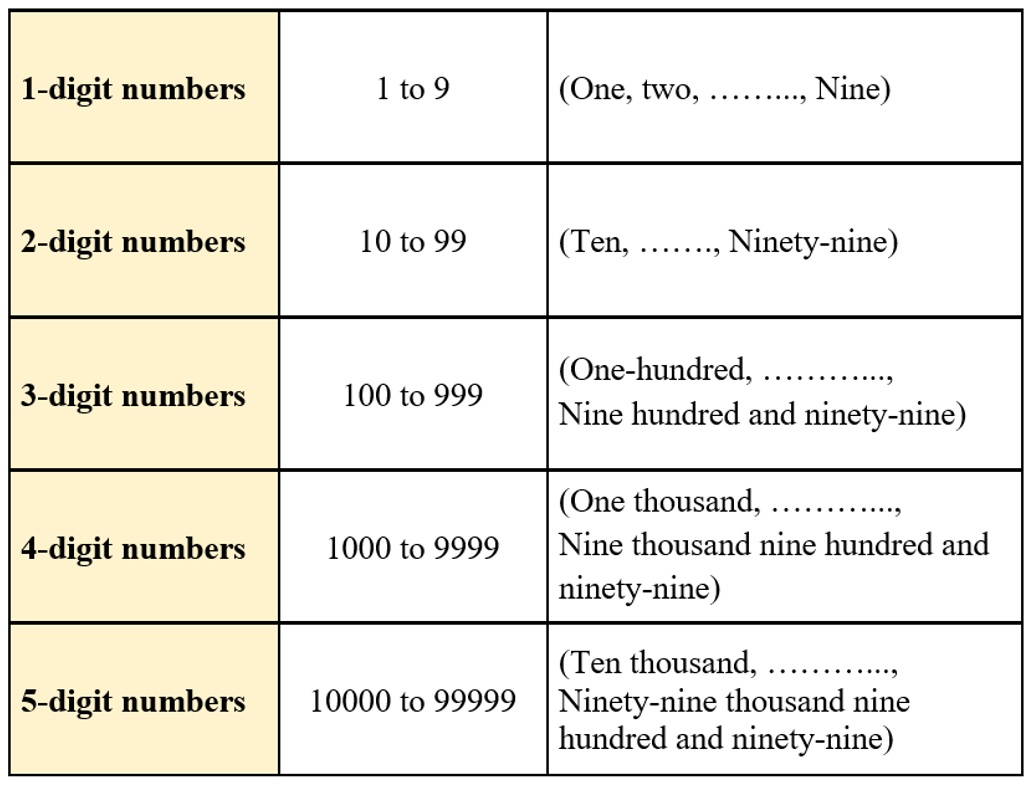 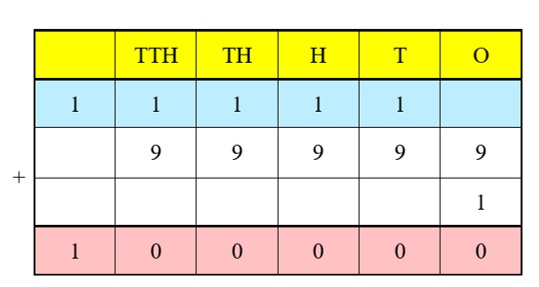 We generally use the following two numeration systems to read and write numbers.

1.Indian and International Systems of Numeration

By using these commas, we can easily interpret large numbers. 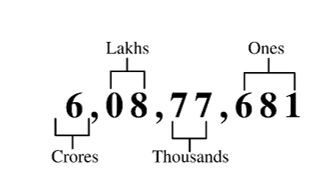 The given number can be written in words as ‘Six crore eight lakh seventy-seven thousand six hundred and eighty-one’.

By using this commas’, we can easily interpret the numbers.

Read and Write Large Numbers in the International System of Numeration:

In the following examples by using commas learn to read and write the numbers. 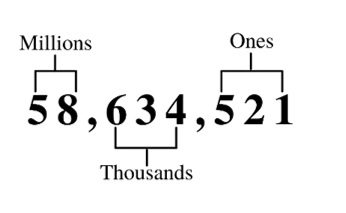 Put this number in place value table of International system of numeration.

So, we write this number as ‘Fifty-eight million six hundred thirty-four thousand five hundred and twenty-one’.

Comparison Between the Indian System and International System of Numeration: 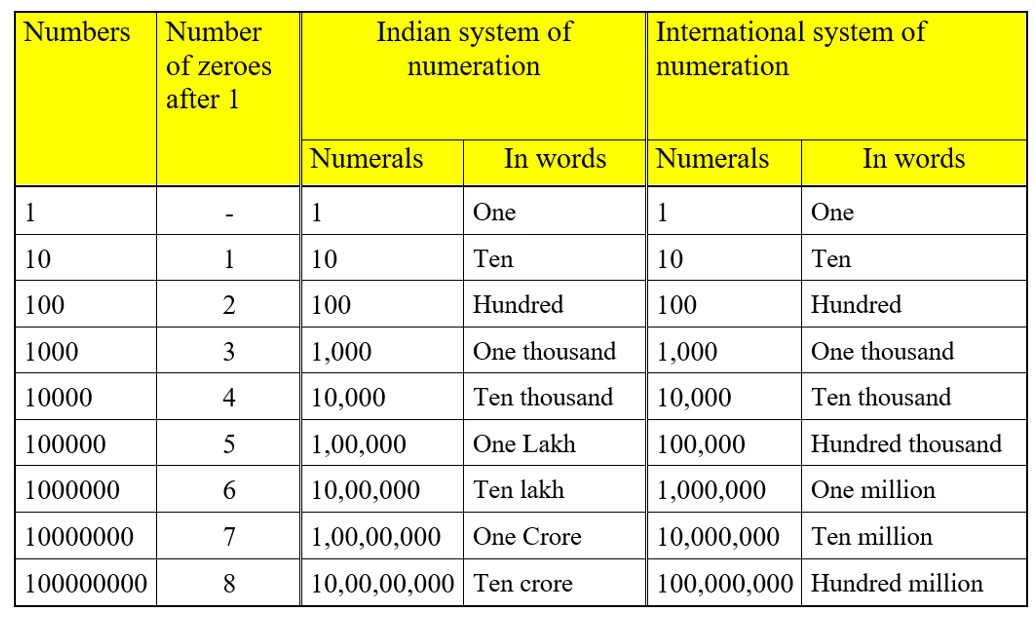 Learn place value with an example.

Put this number in the place value table.

{Trick: Count the digits after the number for which place value is to be found.

By writing place values of the digits in the form of addition, we get expanded form of the number.

We can write expanded form as: 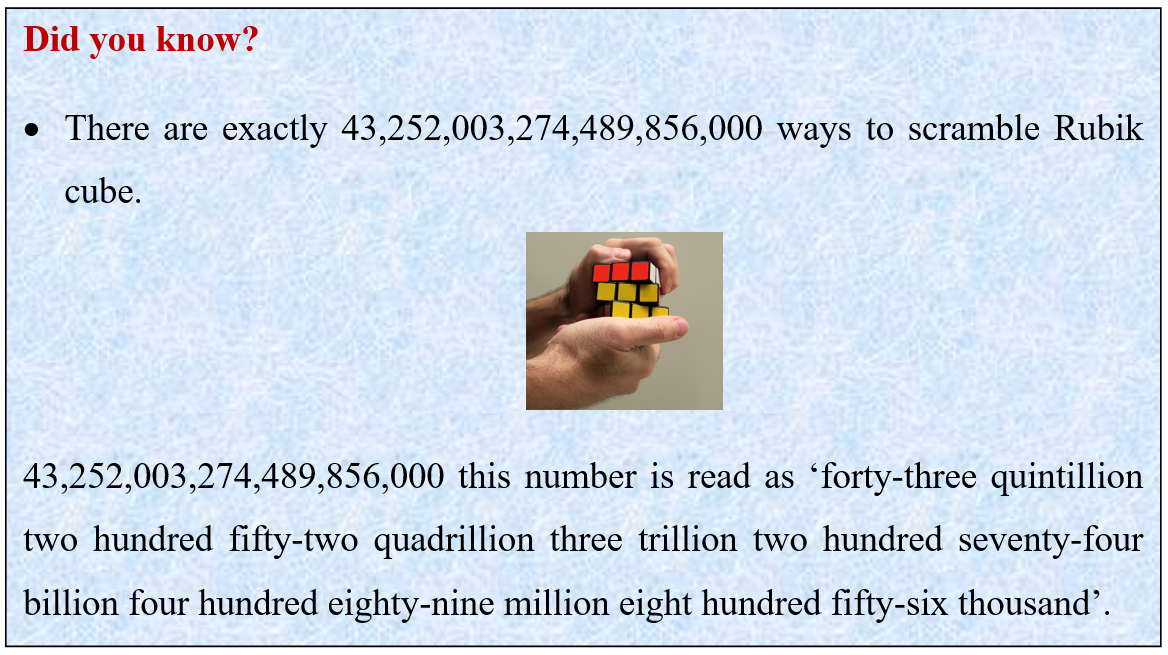 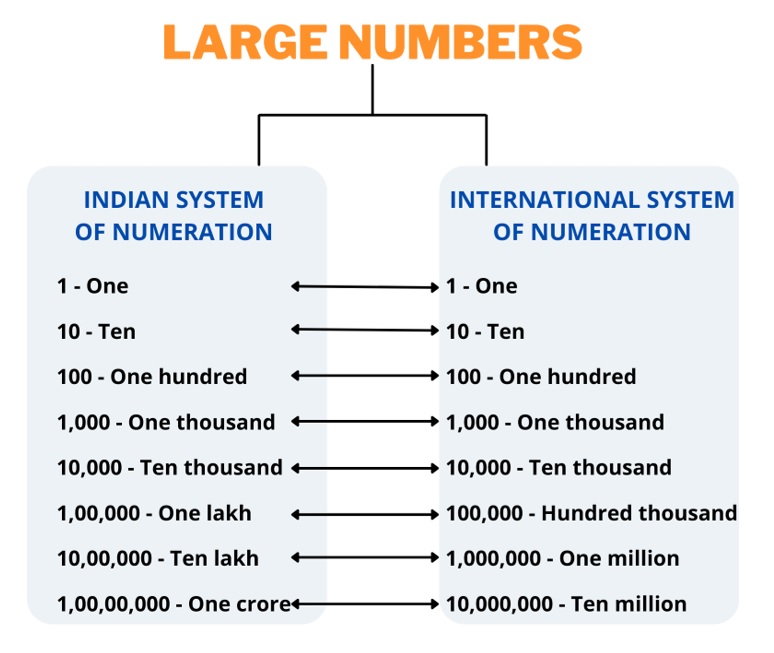