Each concept is explained to class 5 maths students using illustrations, examples, and mind maps. Students can assess their learning by solving the two printable worksheets given at the page’s end.
Download the roman numerals worksheet for class 5 and check the solutions for roman numerals provided in PDF format.

How to Read Roman Numerals

Each of these seven different letters represent different numerical value: 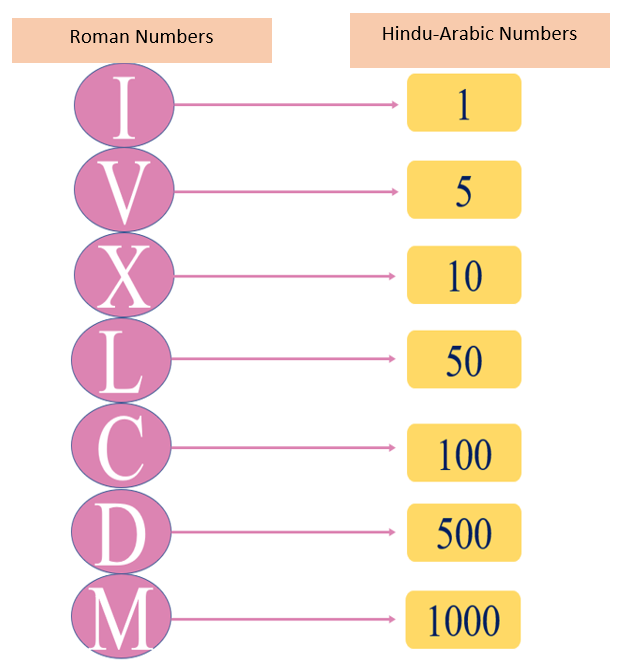 Rule 1: When one letter is present and repeated in number then the value of the symbol is added with itself. 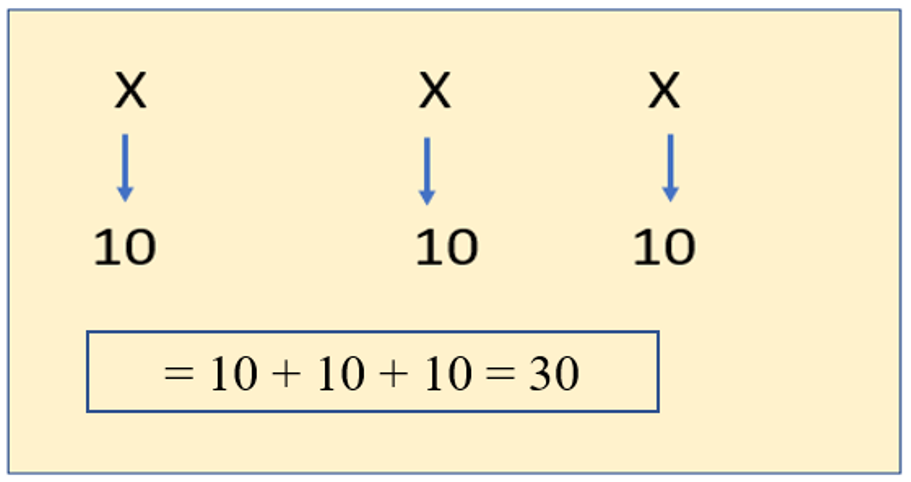 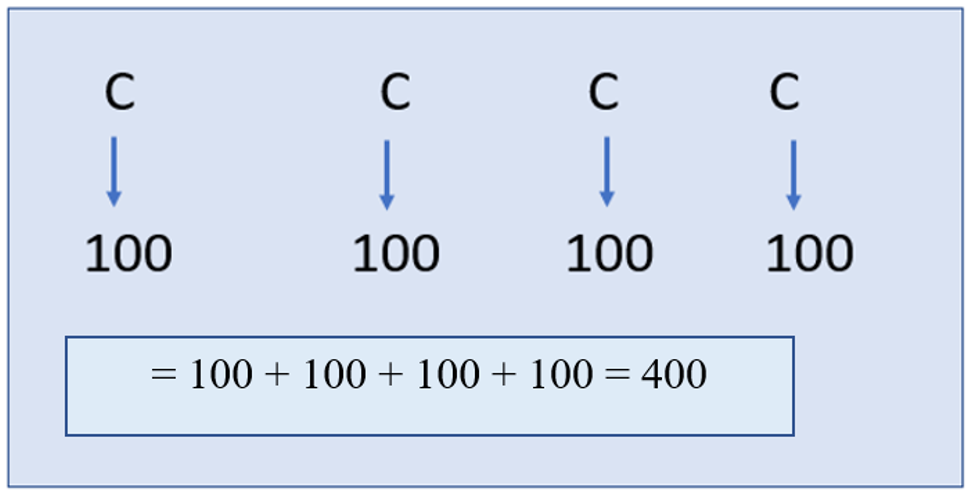 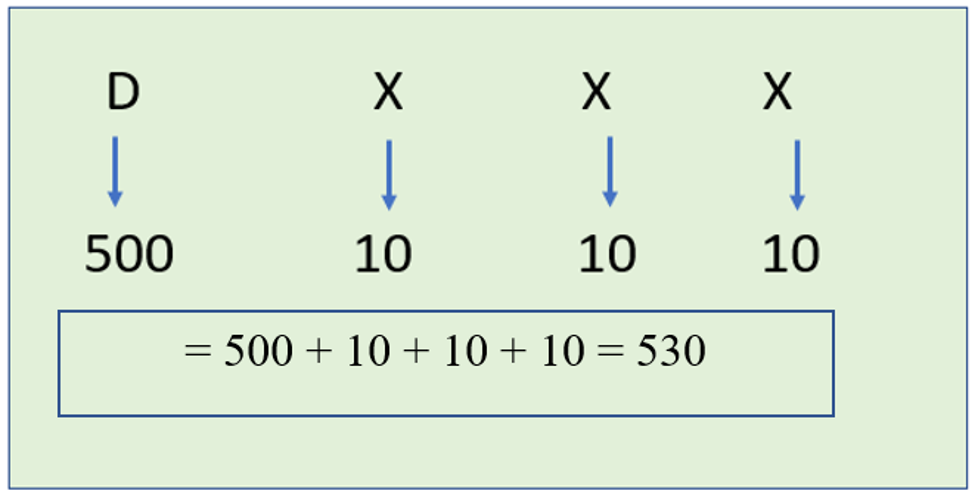 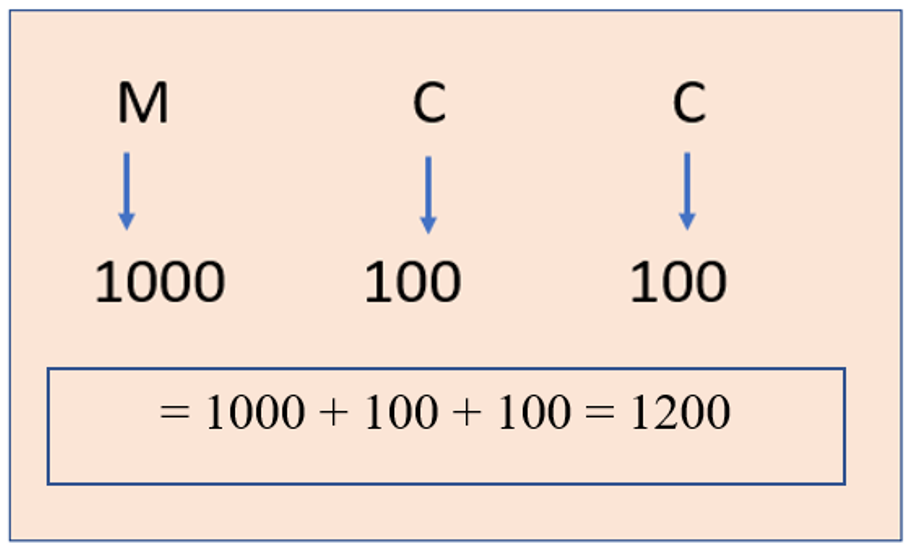 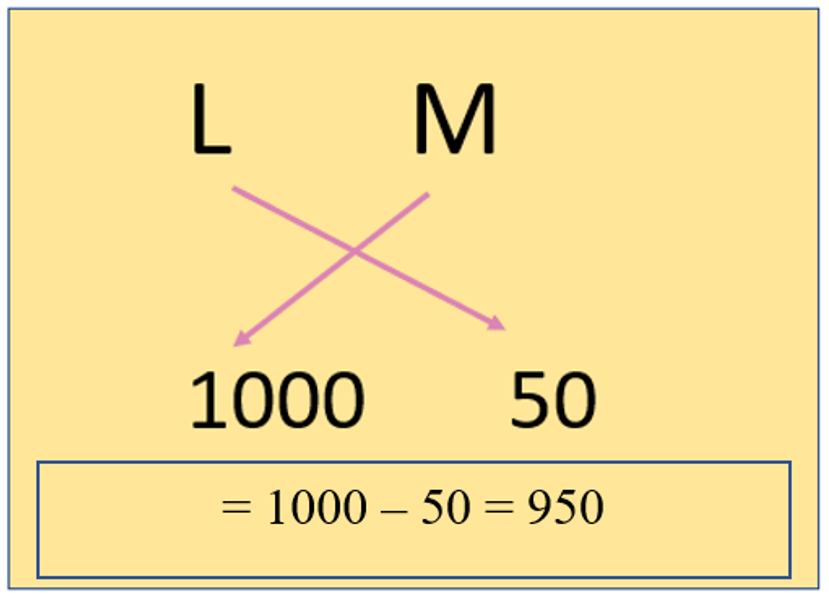 Rule 4: A symbol cannot be repeated more than three times. There are some Roman Numbers: 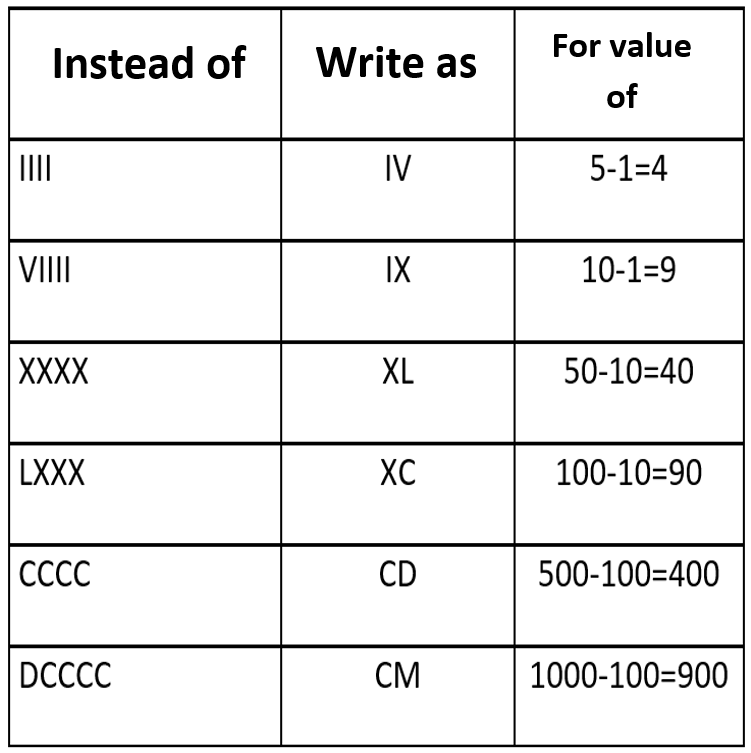 Rule 5: 1000 can be represented by a line on the letter, which is called bar.

Rule 6: Also, the letter use in mixed form can be determine as integer. 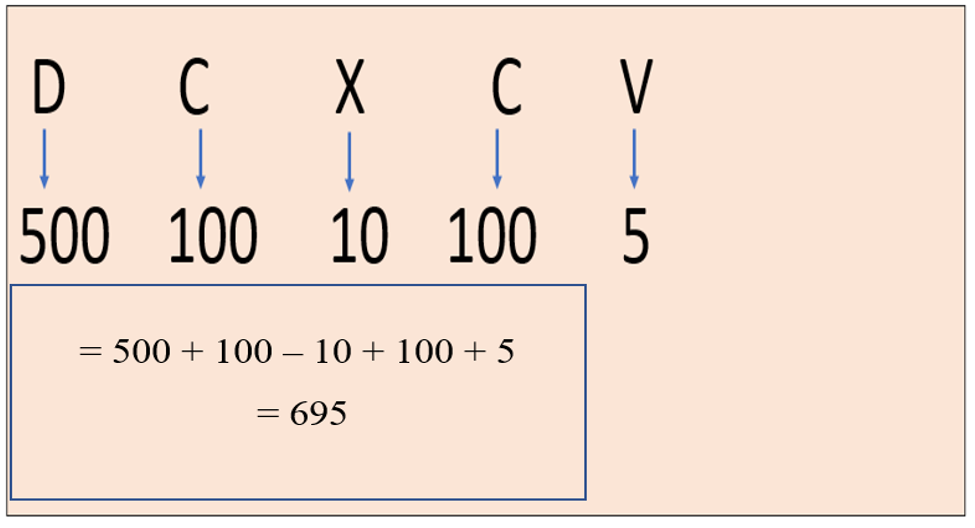 Step 1: First we convert the given Roman numerals into Hindu-Arabic number.

Step 2: Then we add the Hindu-Arabic numbers.

Step 1: First we convert the given Roman numerals into Hindu-Arabic number.

Step 2: Then we subtract the Hindu-Arabic numbers.

Use of Roman Numbers: 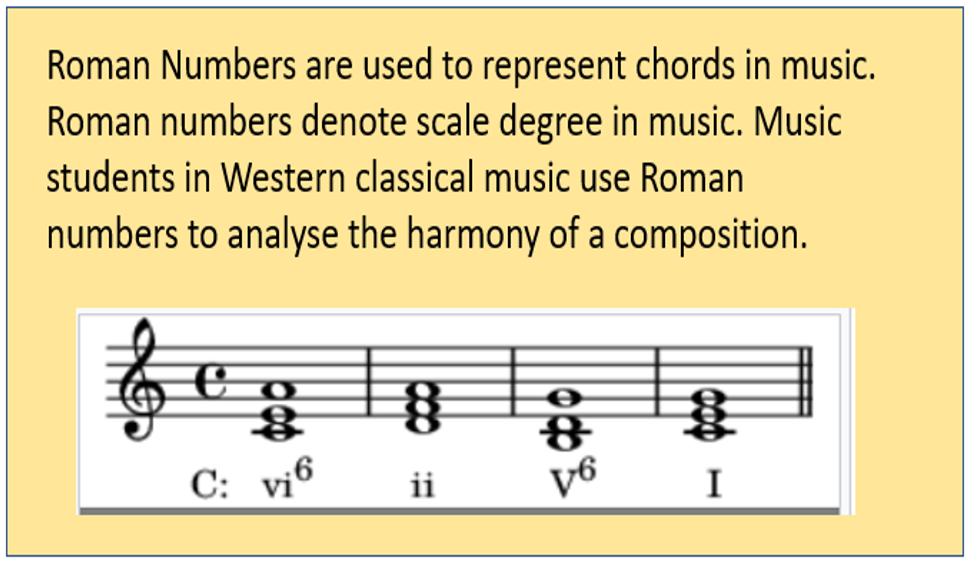 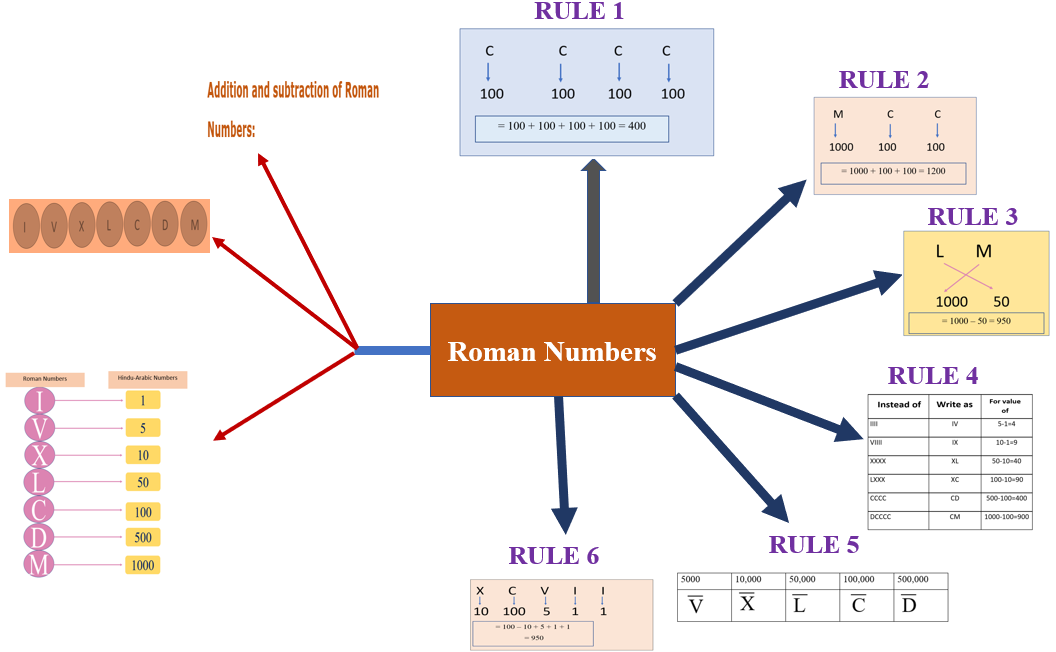