Speed refers to the rate at which a particular distance is covered by an object in motion.
It helps the students to understand the basic and higher-level math concepts in a better way.
Speed is measured as the distance travelled per unit of time.
Let us explain it with an example. 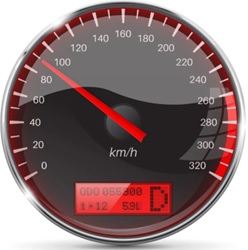 Time refers to an interval between two events.

Distance means the length between two points.
These two points are starting point and the end point (or destination).

A train travelled 242 kilometres to reach Delhi from Agra. This means that the distance between Agra (starting point) and Delhi (end point) points is 242 kilometres.

Speed, distance, and time are represented in different units.

Relation Between Speed, Time, and Distance 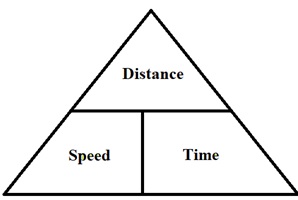 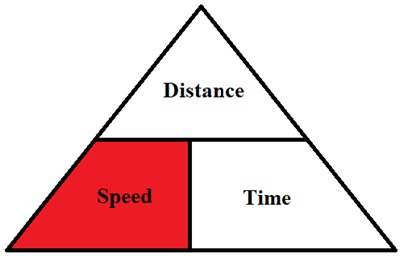 A train is moving at a speed of 40 km/h. In the next 2 hours, how much distance will it cover?

The speed of the train is 40 km/h implies that it is travelling 40 km in one hour.
So, in this problem 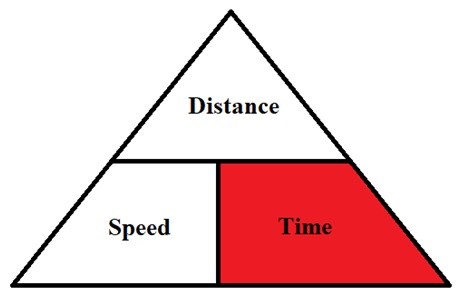 In 5 hours, Raju and Sanju have travelled 60 km and 55km respectively.
So, 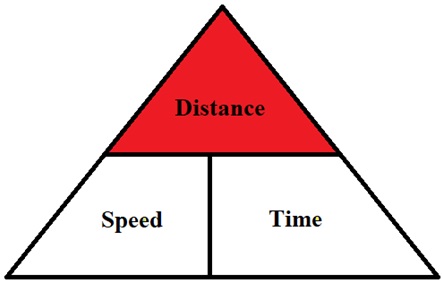 The distance between school to home is 36 km.
So, 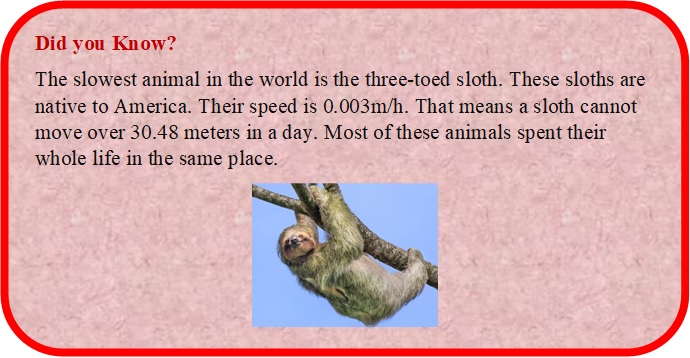