Animal Adaptations based on Climate for Class 5 Science

Download the worksheets and check your answers with the worksheet solutions for the concept of Animal Adaptations based on Climate provided in PDF format.

Adaptation is defined as the physiological or behavioural change that occurs in an organism to get acclimatised to climatic conditions.

Animal Behaviours Based on the Climate:

Animals adapt themselves to the climate of the place to survive. They show several adaptations and behavioural patterns based on the climate. Some of them are described below—

The ability of an organism to blend with its habitat or environment based on its body colour is called camouflage.

The chameleon is adapted to change its skin colour based on its surrounding. Similarly, lions and leopards can hide well in grasslands because of their skin colour. 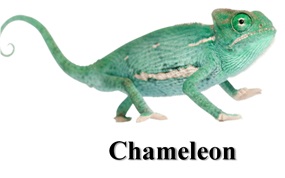 The movement of a group of animals or birds to comfortable habitats to avoid the harsh climatic conditions is called migration.

Geese migrate to avoid the winters. Monarch butterflies migrate to protect themselves against extreme cold. 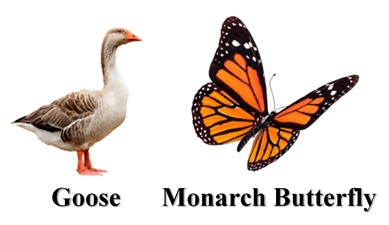 The long winter sleep is called hibernation. The animals which cannot bear extreme cold undergo hibernation throughout winters and become active in summers. It helps them preserve the energy of their bodies with a minimum supply of food in winter.

Adaptations in Animals Based on Climate:

Polar regions are extremely cold areas. Hence, the animals there are adapted to live in harsh cold situations. 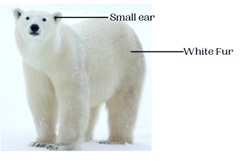 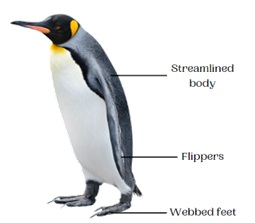 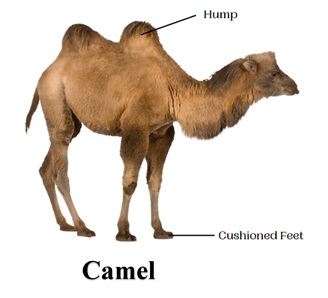 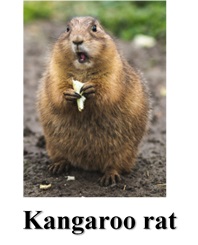 Insulated: Protected or covered by preventing the loss of heat. 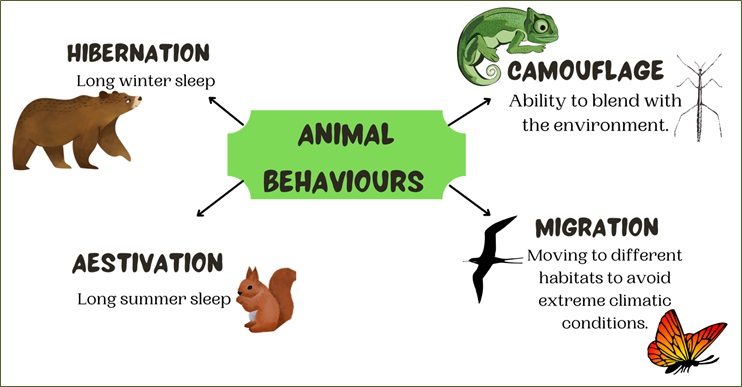