Classification of Animals for class 5 Science

Different feeding habits of animals help us to categorise the animals into different groups. As per the type of food they eat, the animals show particular adaptations in their body parts. In this concept, the students will understand the classification of animals on the basis of feeding habits.

Download the worksheets and check your answers with the worksheet solutions for the concept Classification of Animals provided in PDF format.

Plants can make their food by the process of photosynthesis utilising carbon dioxide, water and minerals in the presence of sunlight, and chlorophyll. Hence, they are termed autotrophs.

On the other hand, animals are heterotrophs and depend on plants for their food directly or indirectly.

Here, we are classifying animals based on their feeding habits, i.e., on the type of food they eat. 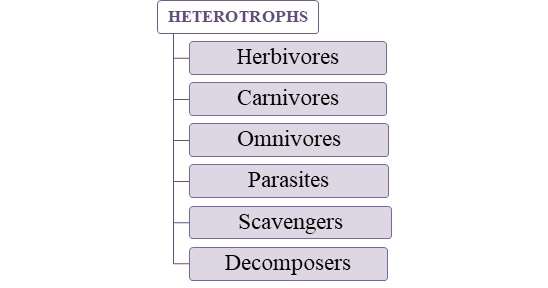 What Is an Herbivore?

What Is a Carnivore?

What Is an Omnivore?

What Is a Parasite?

What Is a Decomposer Animal? 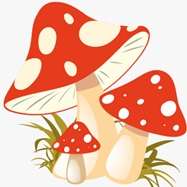 Fungi: A group of microscopic and macroscopic organisms that depend on dead and decaying matter for nourishment.

Bacteria: A group of single-celled microscopic organisms found almost everywhere in the environment.

Canines: The type of tooth that helps to tear food.

Photosynthesis: The process by which autotrophs synthesize their food.

Cellulose:A fibre found in plant-based foods that is hard to digest.

Though scavengers and carnivores are flesh-eating animals, they are not predators. Predators are animals that hunt on prey. Carnivores hunt for their food, whereas scavengers do not hunt; they eat the food left by carnivores. 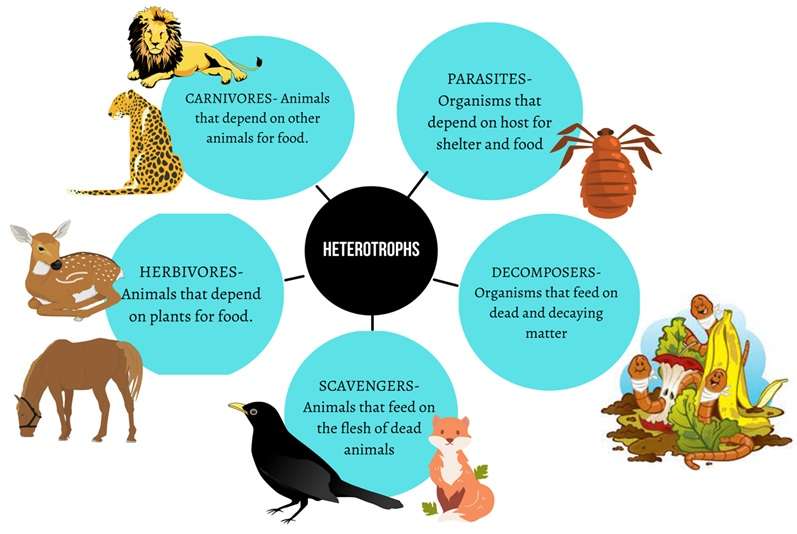