Download the worksheets and check your answers with the worksheet solutions for the concept of the Energy Pyramid provided in PDF format. 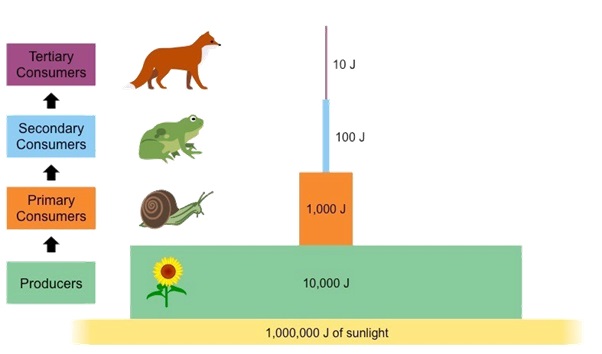 Features of an Energy Pyramid 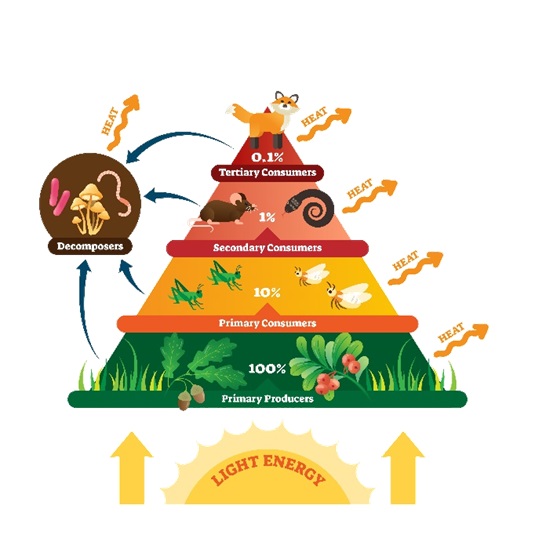 It means that only 10 percent of available energy is passed to the next trophic level, and 90 percent is lost in the environment through metabolic processes as heat. This is also called Lindemann’s law of 10%. 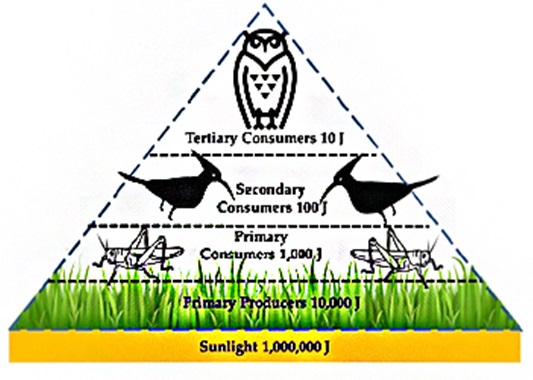 Grassland ecosystem: It is a community of living organisms, including insects, birds, and animals, living in an open grassy space.

Metabolic processes: The processes in a living organism that are important for survival like respiration, digestion, excretion, reproduction, etc. 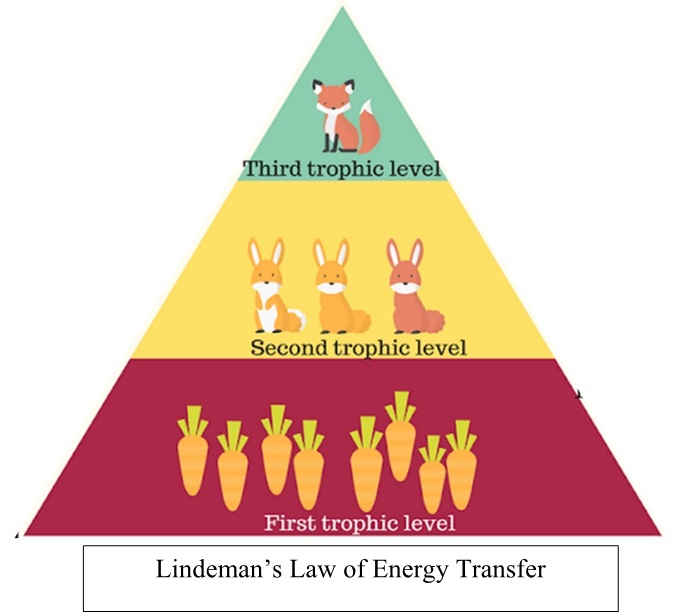