Types of Energy and Their Conversion for Class 5 Science

From this concept, the students will get an idea about different types of energy and energy conversion.
After reading the concept, students will be able to:

Download the worksheets and check your answers with the worksheet solutions for the concept of the Types of Energy and Their Conversion provided in PDF format.

Law of Conservation of Energy:

The law of conservation of energy states that—Energy can neither be created nor destroyed; it can be transformed from one form to another.

Types of Energy Based on Their Source: 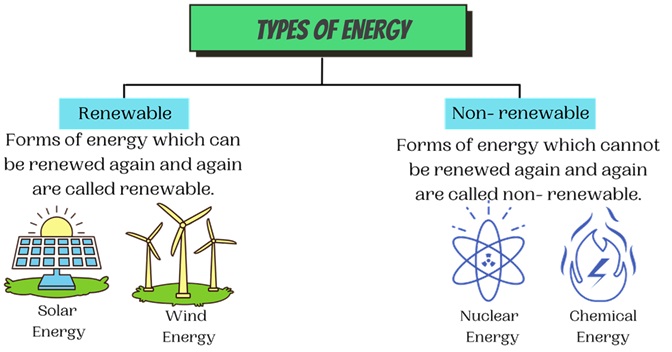 Examples: A running man, a kite in the air, and an aircraft in motion possess kinetic energy.

Kinetic energy increases and decreases with respect to the motion of the objects.

It is defined as the energy stored in an object due to its position relative to the other objects.

Mechanical energy is defined as the energy present in an object due to the virtue of its motion and position. In simple words, it can be defined as the sum of both kinetic and potential energy.

Examples: Light from the sun, light from a bulb or candle.

Harnessed: To control and use the energy of something.

Subatomic: The constituents of an atom, i.e., proton, neutron, and electrons. 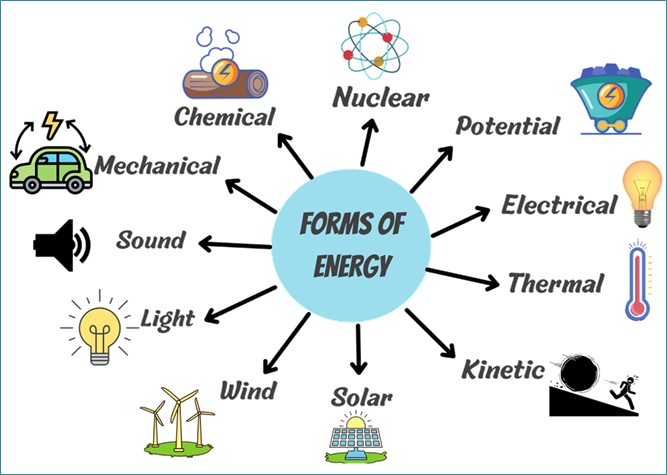