Download the worksheets and check your answers with the worksheet solutions for the concept of Food Chain and Food Web provided in PDF format.

The chain that shows the transfer of matter and energy from one organism to another
in the form of food is called a food chain. 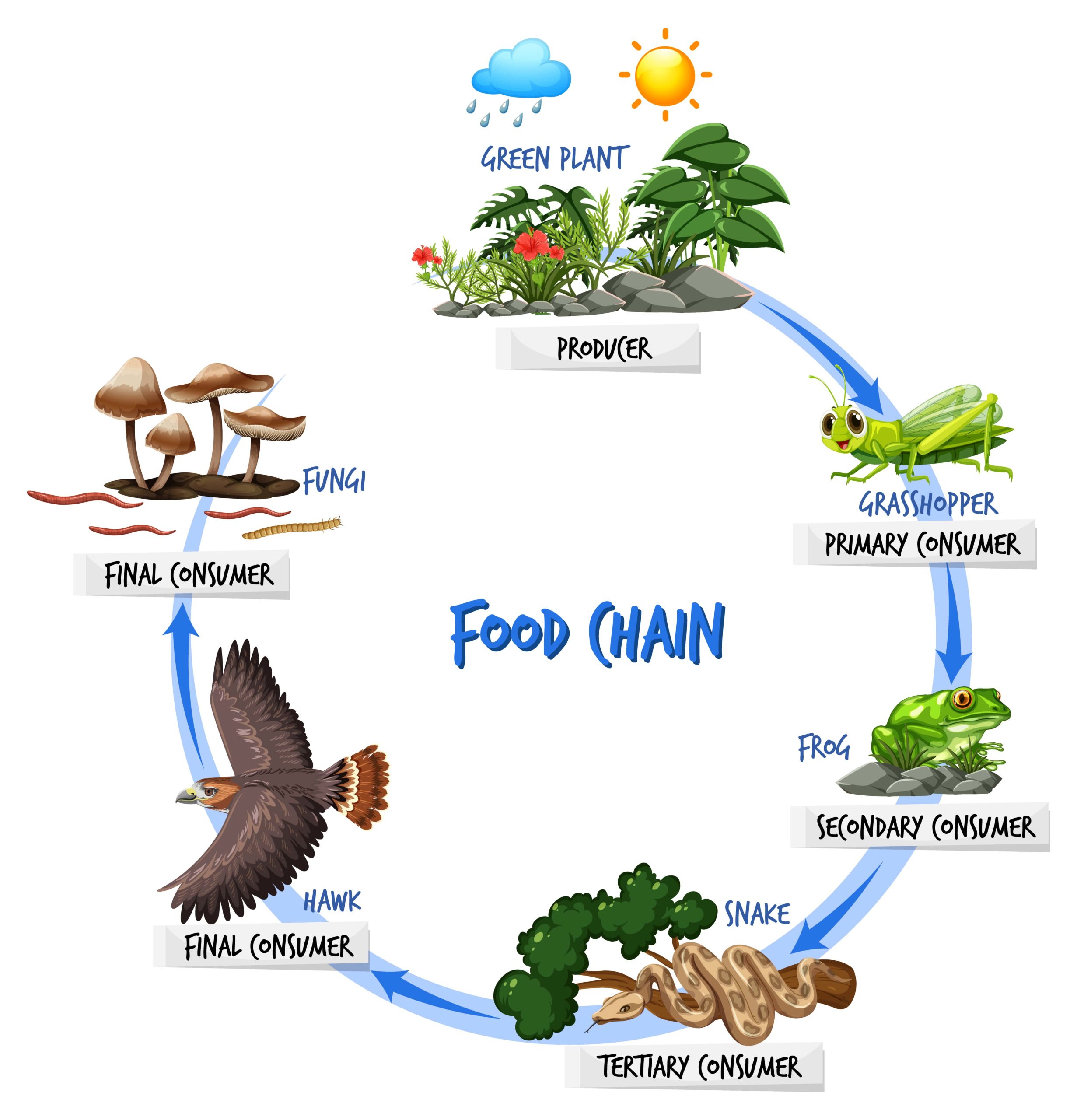 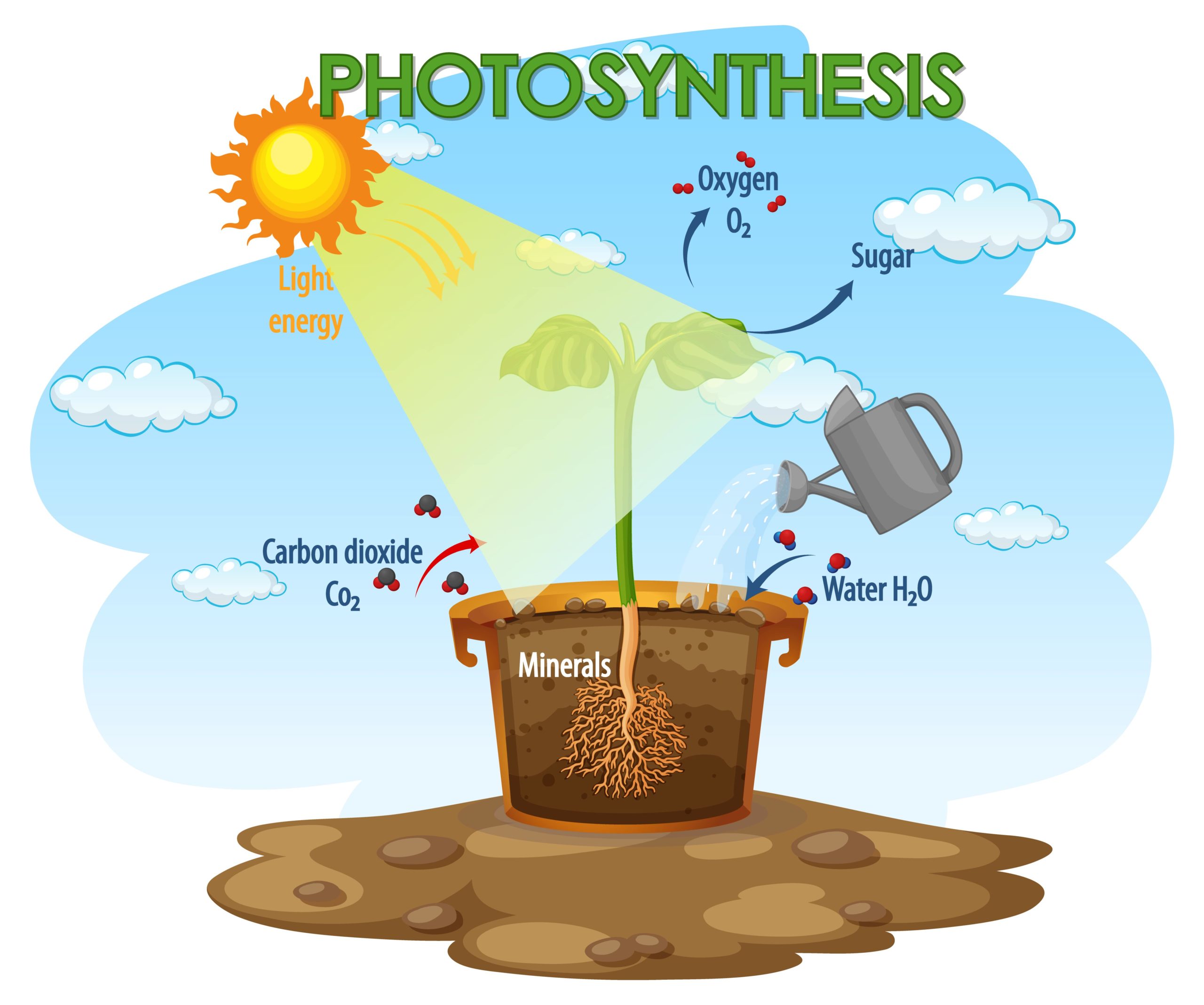 Characteristics of a Food Chain: 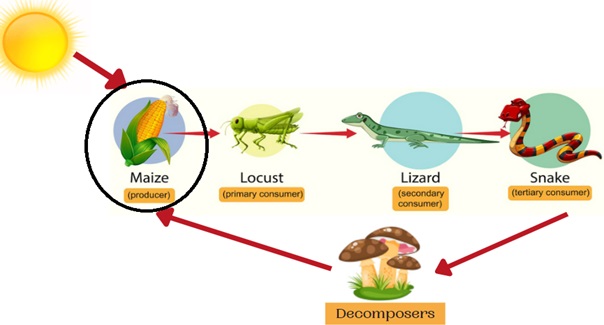 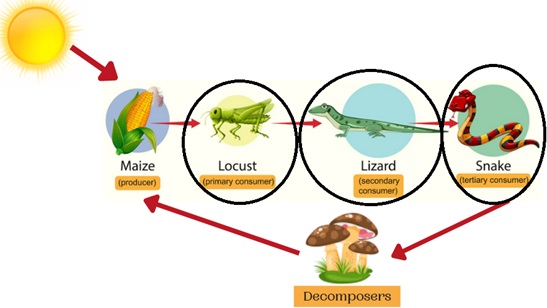 Passage of Energy in a Food Chain:

Energy is transferred along food chains from one trophic level to the next. The amount of energy decreases with each successive trophic level as energy is lost at every trophic level for essential life processes.

What is Food Web:

A food web is the diagrammatic representation of the overall food relationships and interdependence between organisms in an ecosystem. 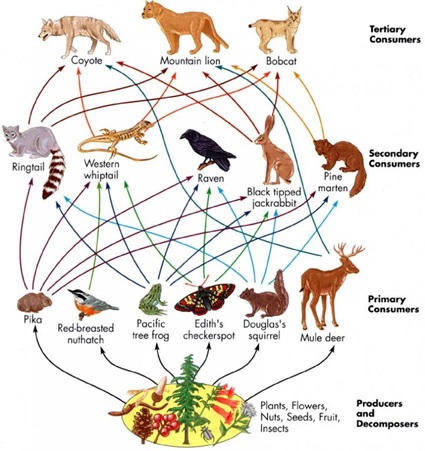 Features of the food web: 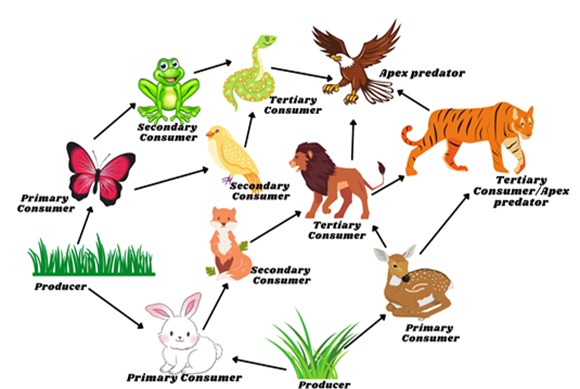 Ecosystem: It is the smallest unit of environment where
the living and non-living components interact with each other.

Bioaccumulation: It is the build-up of toxic materials inside living organisms.

Biomagnification: It refers to the significant increase in the amount of a
toxic substance every time it moves up the levels of the food chain.

The concept of the food chain was first put forward by the Arab scientist Al-Jahiz in the 9th century,
and the scientist who first proposed the idea of the food web was Charles Elton in 1927.