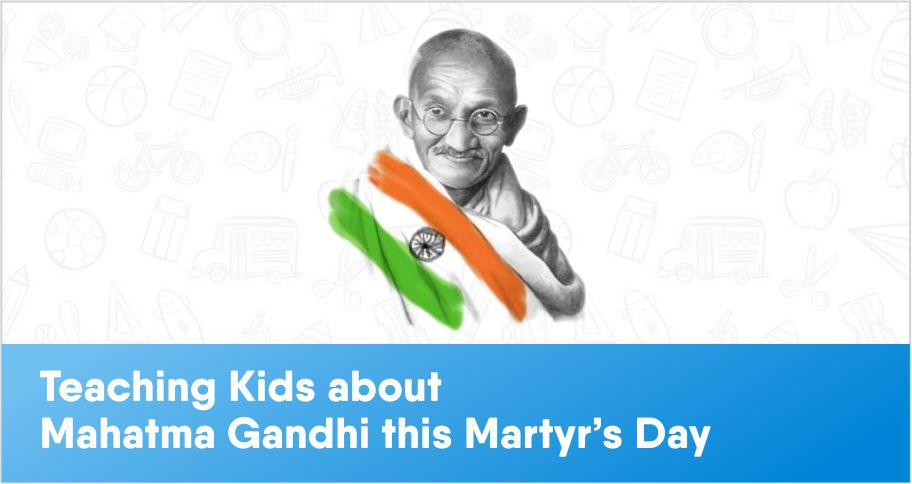 Named as the father of our nation, Mahatma Gandhi, is probably the only leader in India even a child recognizes. He flashes his smile from our currencies through schools to government offices. The great leader who saved our country from the British tentacles was assassinated on January 30th, 1948. And we observe his death anniversary as Marty’s day.

Empire building is not a noble pursuit. The mainstay of conquering and ruling a relatively harmless group of people is bloodshed and violence. World history is blemished with overambitious and greedy rulers taking what is not rightfully theirs. From Sargon of Akkad to Muhammad of Ghazni, conquerors are notoriously infamous for leaving crimson trails in their wake. Tears, cries, smoldering rubles, and eventual oppression manifest from their ravenous appetite for ruling everything in their sight.

The most insatiable empire in the world was the British, pushing even the bloodthirsty Mongol warlord Genghis Khan to second place. At their zenith, the British empire ruled 25% of the total landmass of the planet. Known for their voraciousness and highly-trained and disciplined soldiers, they aggressively expanded their territories far from their home.

And India was one of their lucrative colonies, if not the most. It is estimated that they have taken $45 trillion worth of India’s resources in today’s exchange rates. With the money that high, it is not surprising that they did not want to leave India peacefully when its citizens wanted independence from them. They, in fact, did everything in their power to oppress people and forcefully rule over them. Many Indians died at their hands, the most notorious among their history Amritsar Massacre.

So how do you free your country from a power that is greedy, ambitious, and well-equipped, and who doesn’t even bat an eye before slaughtering thousands and thousands of people? Enter Mohandas Gandhi, a feeble man, armed with non-violence and a strong sense of justice. Not only did he convince the British to surrender what they had wrongly taken, but he also proved to the world that evil could be defeated without any weapons—many civil rights activists, including Martin Luther King. Jr and Nelson Mandela adopted Gandhi’s philosophy of non-violence and achieved victory in their fight for justice in their own countries.

Born in Porbandar, Gujarat, to an upper-class family, Gandhi was well-respected in his circles from a young age. As was the tradition back then, his parents got him married at the tender age of thirteen. Again, to fulfill his parents’ wish, he traveled to England at the age of 19 to study law and became a lawyer. He was given work in the South African law office, where he witnessed prejudice against Indians and the people who did it getting away with impunity. These unjustifiable actions served as an instigator for his steadfast belief in fighting against what is morally wrong, later making him a civil rights activist.

Gandhi knew that there were many freedom fighters before him, battling against the powerful British, only to die as heroes. But Gandhi wanted to save his country, and he was certain that his people did not have the power to wage war against the British. So he decided to use disobedience and non-violence protests as his cardinal tools to recover the country from the British’s clutches. These small protests and campaigns, though they might seem insignificant on their own, creating a shockwave. Factories, government offices, and transportation of goods were halted without warning, impacting the British Empire’s financial nerve.

The most famous and successful protest Gandhi conducted was the Salt March when the British taxed salt. Tens and thousands of Indians joined Gandhi, garnering people’s attention even from the remotest parts of the country. British tried to stop him by incarcerating him on bogus charges. He would protest even when in prison by not eating. And the British, fearing that he may die, always released him when he stopped eating because Indians had started believing that Gandhi was their savior. If something were to happen to him, the bloodshed would have been unimaginable.

By not giving up and strictly following the path of non-violence, Gandhi made the British agree to leave the country on August 15th, 1947, which we celebrate as Independence Day.

One fateful evening, on January 30th, 1948, Mahatma Gandhi was shot by Nathuram Vinayak Godse during a prayer ceremony in New Delhi. His funeral procession was 8 kilometers long, and thousands of people attended it, their cries thundering the India Gate. Like how his birthday was celebrated as the International Day of Non-Violence, the date of his unfortunate demise was observed as Marty’s day.

Though Gandhi played a vital part in the Indian Freedom Struggle, he was not the only one to die to free us. Thousands gave their lives to the cause, some famous, others nameless. The list can be found here. A few notable mentions are:

Kids can learn a lot from our fallen martyrs. Qualities like persistence, hard work, and sacrifices can be taught to kids using our martyrs as examples. Parents have the responsibility to show their kids the struggle our ancestors suffered at the hand of the British. This will give them perspective and use the freedom responsibly. Thinking about martyrs, they would want to be selfless and work towards eradicating social issues, giving rise to many Gandhi is in the future.