Home » Blog » CBSE Board » Coed Schools Versus Gender-Specific Schools: Which Is Best for Your Child?

Coed Schools Versus Gender-Specific Schools: Which Is Best for Your Child? 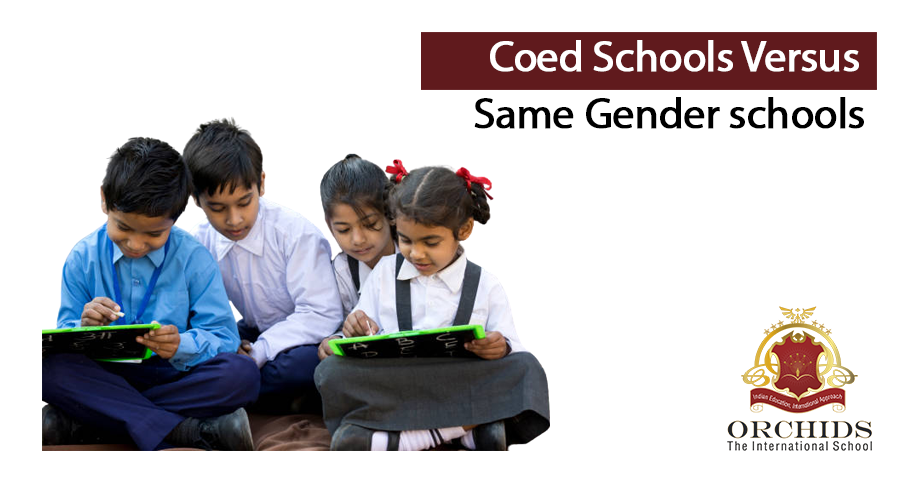 “My child is now 3 years old, and I have been having anxiety over which school in JP Nagar to send her to – coed schools or all-girls school,” – asked Seema, mother of two.

One of the first things that coed schools do differently than traditional single gender schools is that they have more opportunities for students to learn about different cultures, beliefs, and ideas outside of their own cultural cohort. This helps students develop not only academically but also socially as well.

What is Coed School?

Coed schools have been around for a long time. The idea behind coeducation arose from an educational philosophy that students should share their experiences with members of the other sex to learn more about themselves and others while receiving an education of equal quality.

The History of Coed Schools in India

The coed schools were started in India by three Christian missionaries, namely, Revs. William Yates, George Ewing, and John McLeod of American Missionary Association (AMA) during 1818 – 1925 as they wanted to provide children education irrespective of their caste or creed background.

Coeducation was a new concept for Indians at that time who believed it would lead to ‘moral laxity. However, coeducation gained recognition after 1930 when Mahatma Gandhi supported co-educated institutions saying, “let boys and girls be taught together so that they can grow up without any sense of shame.” His support led thousands across the country to take the initiative on coed schools.

It was only after the 1950’s when coeducational schools started increasing across India despite opposition from conservative Indians who were against co-education institutions based on moral grounds.

Besides these three missionaries, there are other people, including Kamaladevi Chattopadhyay, Baba Amte, Swami Vivekananda, and Rani Lakshmi Bai. They have contributed significantly to this noble cause of providing education to all children irrespective of their caste or gender.

Introduces The Concept of Gender Equality

Coed schools support equal education for boys and girls, a dynamic that a growing society, especially India, needs. There are still hundreds of stereotypes to break around boys, girls, and gender equality in general.

The coeducation system limits stereotypes related to gender roles and allows children of both sexes access better opportunities for job training without discriminating against either sex.

Broadens the Mindset of Kids Early On.

The most important aspect of a coed school is that it helps people recognize and respect the opposite gender. It provides an opportunity for students from different backgrounds and cultures to interact with one another through school life itself which enriches each individual’s worldviews leading him/her into becoming more tolerant towards others’ differences.

Coeducation is beneficial for all genders because society needs equality among all of the groups.

Prepares Your Kid for the Future

The future generation needs to be aware of what is going around the world. It starts by understanding the problems and issues the other face and how they can be helpful to them, breaking all the stereotypes of gender biases, masculinity, femininity, and facades of casual sexism and sexist nature in general.

Coeducation is beneficial for all genders because coeducational school systems promote better attitudes towards the opposite sex.

It gives them an opportunity to understand their roles in society and what they are capable of doing and gives people a chance to interact with others who are different from themselves early on in life.

Difference Between Co-ed And Single-Sex Schools

When studying in a single-sex school, whether it be an all-boys or all-girls school, the students tend to have a collective mindset regarding any subject or topic. It causes a lack of perspective and difficulty accepting a different thought process of the opposite gender. Later in life, these school traits can create problems in communication both personally and professionally.

Every decision in a single-sex school is based on commonality, and the broader spectrum or the big picture gets avoided. The school itself is designed according to just one gender and thus creates a dividing line, which gets thicker with each passing year.

Gets Tough When You Leave The School

Students studying in a single-sex school get habituated to a single environment consisting of just boys or girls. When they leave school and start working, things get more complicated. They do not know how to react When they come across the opposite gender and what not to do. It may seem like a trivial issue, but it gets more severe and becomes a roadblock in their growth and development.

If you are looking for a school supporting coed education policy. Orchids – The International School in JP Nagar is one of the top choices among parents. You can visit the website to know more about our co-educational policies in detail.

5 myths about International schools in Hyderabad-Debunked!

Shape the Future of Children with Schools in Mumbai

Things you didn’t know about Flipped Classrooms in Vashi!