In the above sentence, the root noun beauty has been changed to an adjective beautiful by adding the suffix -ful.

Adding Suffix to a Noun to Make an Adjective

Certain suffixes can be used to make adjectives from Noun. Let us have a look at them below with its rules:

Identity – the fact of being what a thing or a person is.

Did you get your identity card?

Your shirt is identical to mine.

I am lucky enough to witness this historic moment.

Qutab Minar is a historical monument in India.

Look at the mind map for quick reference: 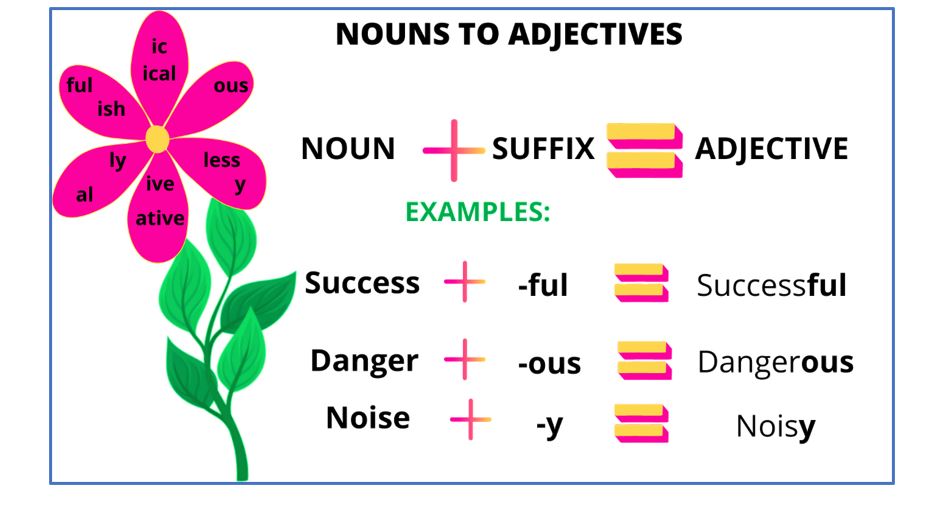