Home » Blog » Parents Corner » What is ADHD and How Can I Recognize it in My Child?

What is ADHD and How Can I Recognize it in My Child? 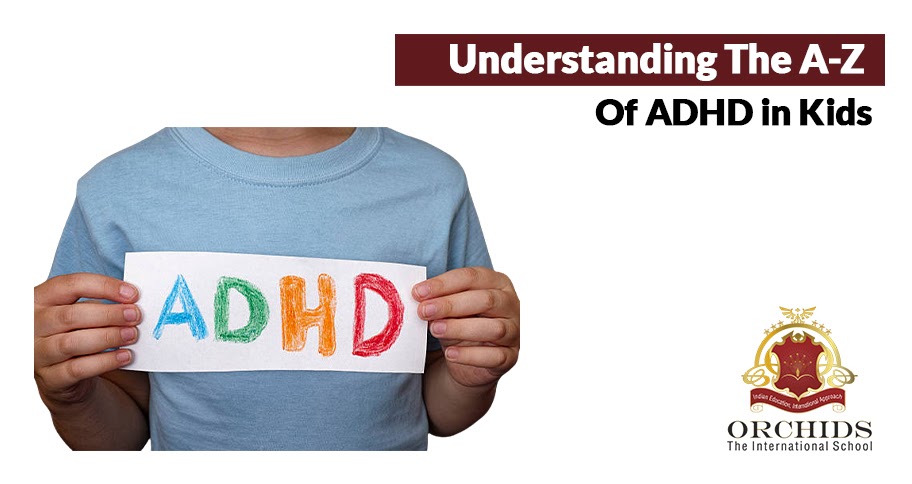 Attention Deficit Hyperactivity Disorder (ADHD) is the most common neurobehavioral disorder in children and adolescents. Symptoms include difficulty staying focused, paying attention, controlling behaviour, or being organized. ADHD can make it difficult for a child to function at home or school. It may also be associated with other problems such as anxiety and depression. If you want to know more about how to recognize Attention Deficit Hyperactivity Disorder in your child, keep reading!

How Does ADHD Affect a Child?

The symptoms of ADHD can vary greatly from one child to the next. Some children with ADHD may have trouble focusing and paying attention, some act without thinking about consequences, or they might be restless and full of energy. Children may also experience low self-esteem, strained relationships, and poor academic achievement. Symptoms usually appear by age 12 but it is possible for a child to show signs as early as age six!

How Do I Know if My Child has ADD/ADHD?

There are two criteria that need to be met in order for a diagnosis of ADD/ADHD.

The first one is the development of a number of symptoms from four different clusters: Inattention, hyperactivity-impulsivity, ADHD combined type and ADHD predominantly inattentive type.

The second criterion is having impairing levels of the symptoms. If your child does not meet both criteria, then they do not have Attention Deficit Hyperactivity Disorder but may suffer from one of the many other disorders that share the same characteristics with it.

What Are the Signs of ADHD in Children?

Children with Attention Deficit Hyperactivity Disorder may show all of these signs, some of them, or none at all.

Symptoms may reduce as they become older. However some never fully recover from their ADHD symptoms. But there’s always a way out!

How is ADHD Diagnosed?

It’s always better to consult a doctor before concluding your child has ADHD. ADHD does not have a particular or conclusive test. And so, the doctor will diagnose your child through a multi-step procedure. The doctor will acquire information from several sources like from you (parent), your child indeed, his or her school teachers & friends, and other caregivers, etc. After this, the professional will figure out the treatment methods.

What are the Treatment Methods?

Special education programs, psychological counselling, and drug therapy may all be part of a treatment strategy. The doctor might also prescribe medication such as Adderall, Concerta, Dexedrine Spansules. However please note that the doctor will prescribe these only for kids who meet certain requirements: they have ADHD symptoms for at least six months and their condition is not caused by other medical or mental health problems.

In addition, the treatment might be a combination of these methods. For instance, if your son or daughter is on medication and also has some learning difficulties, the doctor may prescribe tutoring as well.

How Can you Help your Child Get Over ADHD?

It’s not too late to stop or change their environment and lifestyle habits that cause them anxiety. For instance, if watching television before bedtime triggers ADHD symptoms, you need to stop it.

There are other factors that can cause an increase in these symptoms as well:

Try to have a regular conversation with your child, play with them, and take them out often. You should also pay attention to what they eat and drink during the day. The best thing is to give them foods that are rich in Omega-fatty acids, which help reduce symptoms of ADHD.

It’s also important for the child not to neglect their dental hygiene: brush their teeth even before going to bed and use mouthwash after every meal. A healthy mouth will improve cognitive functions such as memory and concentration.

As for physical activity, it should be encouraged! So set up an organized schedule with enough time dedicated to sports or other exercises every day. If they have difficulty sleeping, you can try to take some of the furniture away from their room and/or use a nightlight.

Does ADHD have Positive Effects on Children?

Absolutely! ADHD isn’t something to feel way too worried about because your child has the capacity to break free from it. Moreover, children with ADHD have various other positive effects.

Children with ADHD can be incredibly inventive and creative. This is because, as a result of having to think in different ways from other children their age and adults, they are great at coming up with new solutions.

A lot of kids diagnosed with ADHD can focus on one thing that interests them for hours without getting tired or bored. But if they’re not interested in the task then it will be very difficult for them to focus.

Many kids diagnosed with ADHD will ask “why” over and over again until they understand something fully or figure out how it works.

A child with ADHD often has to be in a quiet, dark room when they sleep. They need this because their senses are more sensitive than other people’s so it might feel overwhelming and uncomfortable for them if there’s noise or light around them.

Children who have ADHD are very empathetic and compassionate. They often have a difficult time seeing things through other people’s perspectives and they might not be able to control their own feelings as well as others because their emotions are more intense than those of the average person

ADHD in children can be spotted early and treatment can be done. Though there isn’t a cure, there are strategies to live with it without being affected negatively by it. If you observe any symptoms of ADHD in your child, do consult a doctor for timely diagnosis and treatment. While it can get difficult for parents to manage hyperactive children, the key is to stay calm and patient with them. We hope this article helped you get a better understanding of ADHD in children.

How to Overcome Anxiety in Children and Teens

Your Child’s Path Towards Self Development

6 Things Parents Should Know While Raising Children with Autism