The discussion below will help students build the concept of tall and short objects and inform them about misconceptions. Also, the students will be able to differentiate between tall and short.

From this learning concept, they will learn to identify the

Each concept is explained to class 1 Maths students with examples, illustrations, and a concept map given to summarize the idea. At the end of the page, two printable worksheets with solutions are attached for students to practice.

To describe the objects based on their heights, we use the words tall and short.

To compare heights of two objects, use the word ‘Taller/Shorter’.

In the given picture, the grey building is taller than the blue building .

The blue building is shorter than the grey building.

To compare heights of three or more objects, we use the word ‘Tallest/Shortest’. 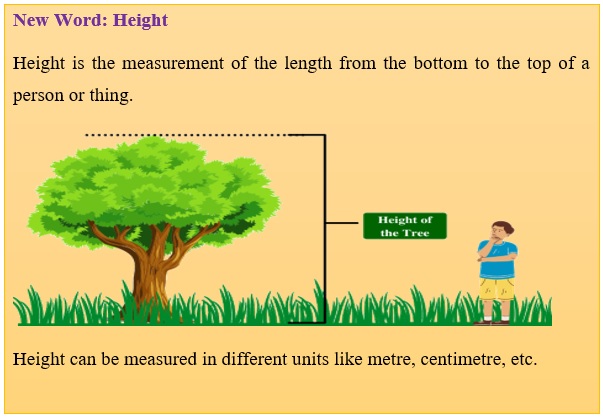 In the given picture, the puppy looks the tallest. But the lion is the tallest among all. 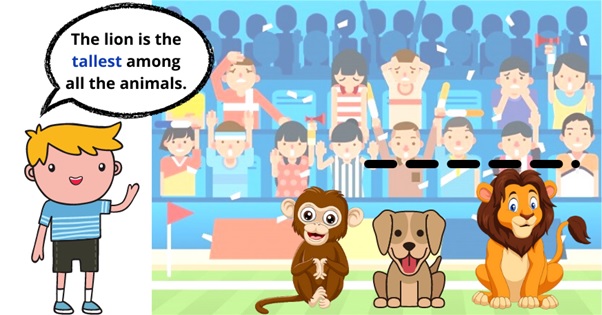 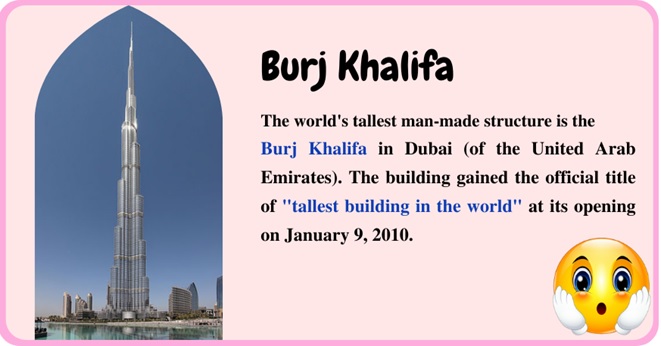 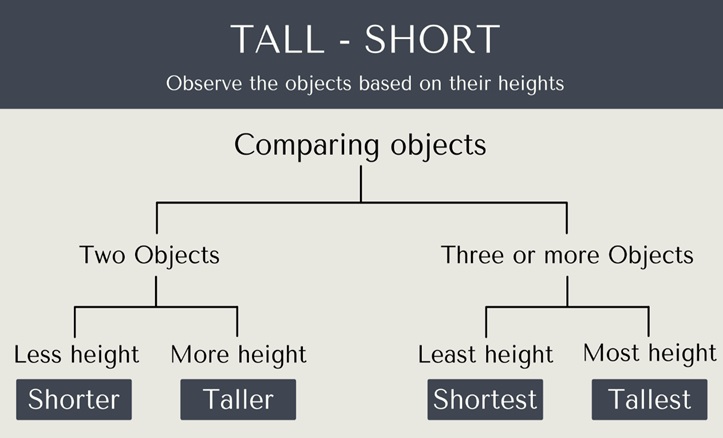