Using its and it's for Class 3 English

The pronouns its and it's are considered as the most commonly confused in English Language. This concept clearly will help students to clear its vs it's and all the confusion regarding these words. Students are also made familiar with the common mistakes that could occur while using them.

The students will learn to:

This concept for class 3 has been explained using daily-life examples, diagrams and illustrations. Students can gain knowledge on this concept by trying to solve the two free printable PDF worksheets provided at the end of the page. These worksheets also have solutions that have been provided in PDF format.

Its vs It's Meaning in a Sentence

The cat is lying on its mat. 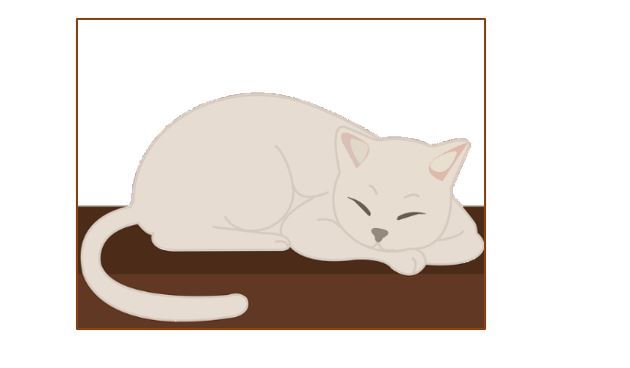 She doesn’t think its a good idea.

In the sentence set given in example 1, it’s can be read as ‘it is’ which makes a meaningful sentence. However, its cannot be used in the same sentence as it means ‘something’s or someone’s possession’, which is incorrect usage of the word.

It’s been a decade since the last time we met.

Its been a decade since the last time we met.

Similarly, in the sentence set of example 2, it’s can be read a ‘it has’; however, this word cannot be replaced with ‘its’.

Difference Between Its and It’s 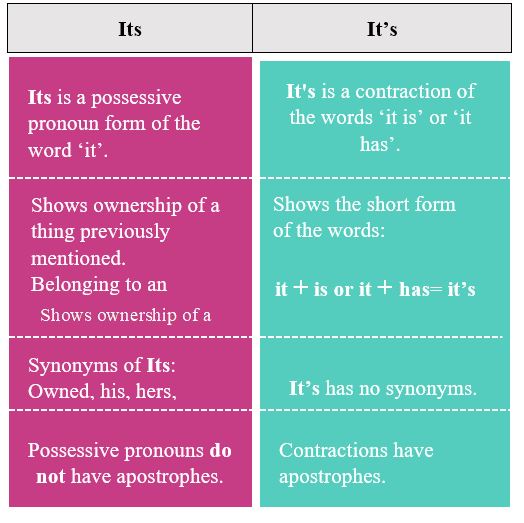 Its and it’s are pronounced the same but they do not have the same meaning. These words are one of the most commonly confused words. Let us take a look at the differences.

How not to Confuse ‘Its’ with ‘It’s’? Which One Should you Use?

It is easy to confuse yourself with both the words, especially when they sound the same. Once you know the correct usage of the words, it is comparatively easier to remember the difference.

When using these words in a sentence, always follow the points given below:

The tree was a hundred years old, and its roots were very deep.

The tree was a hundred years old, and something’s roots were very deep.

It’s a nice to be hopeful about the future.

It is nice to be hopeful about the future. 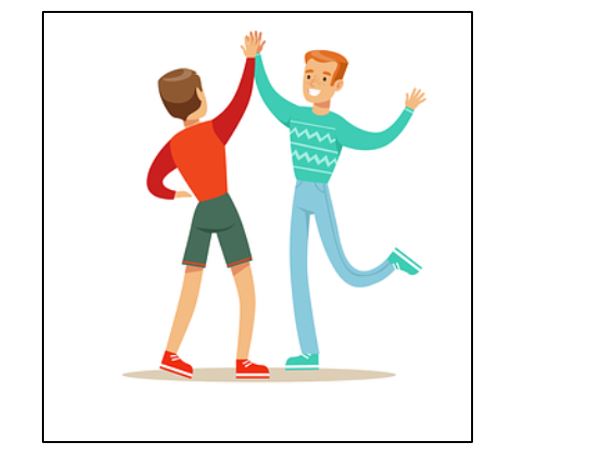 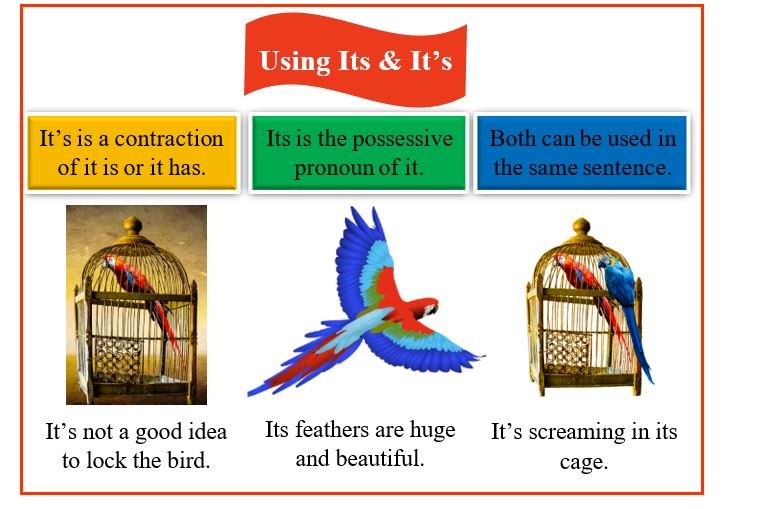